By Zhang Hanyu and Han Wei 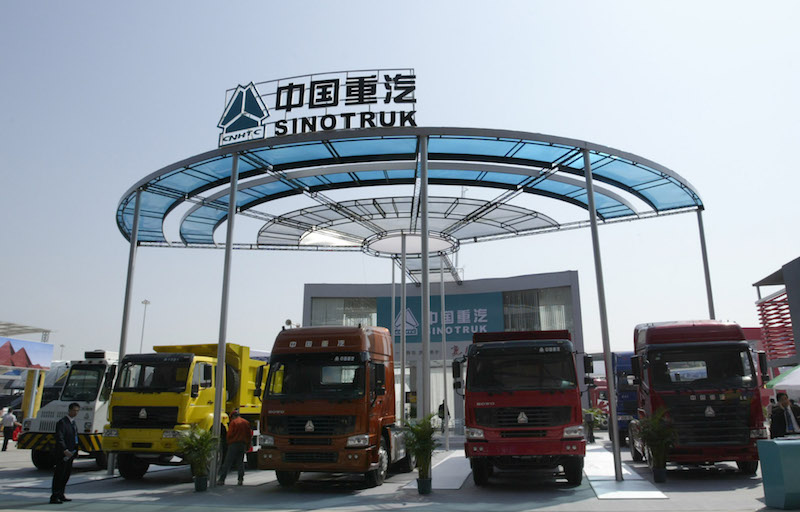 Sinotruk has dropped its plan to raise its stake in UQM to 34% after U.S. regulators raised objections. Photo: VCG

* A shadow fell over the deal in March after CFIUS said it would extend its review.

The Chinese state-owned truck maker Sinotruk is backing away from its plan to take a controlling interest in an American supplier of electric-vehicle propulsion systems after U.S. regulators flashed a red light.

The U.S. Committee on Foreign Investment in the United States (CFIUS), which oversees foreign investment in American companies, said it probably wouldn’t approve Sinotruk’s proposal to invest $28 million in a 34% stake in UQM Technologies Inc., according to Longmont, Colorado-based UQM.

Sinotruk holds a 9.9% interest in the U.S. company and remains its largest shareholder. UQM shares fell 9% Thursday on the NYSE American Stock Exchange.

In February, American semiconductor and electronics manufacturer Xcerra Corp. and China’s Hubei Xinyan Equity Investment Partnership canceled a proposed $580 million merger after failing to get national security clearance. The same month, U.S. securities regulators vetoed the planned purchase of the Chicago Stock Exchange by a Chinese buyer, killing a deal that had dragged on for nearly two years. And in January, Ant Financial Services Group, the fintech affiliate of Alibaba Group, dropped its plan to take over U.S. money transfer service provider MoneyGram.

Sinotruk and UQM signed an agreement for the equity purchase in August last year. Sinotruk completed the first batch of purchase of 9.9% of the U.S. company in September but has since awaited regulatory clearance to raise its stake. A shadow fell over the deal in March after CFIUS said it would extend its review.

“We have not been able to come up with a resolution that satisfies the committee’s concerns” regarding the investment, said Joe Mitchell, president and CEO of UQM. The companies will continue the partnership to jointly develop business in China, Mitchell said.

In November, Sinotruk and UQM signed an agreement to set up a joint venture in Qingdao, Shandong province, to produce electric-powered commercial vehicles and auto parts.

Founded in 1967, UQM produces propulsion systems for hybrid, plug-in hybrid, fully electric and fuel cell vehicles, as well as power generation and marine applications, according to its website. Other customers include BMW, Caterpillar, General Motors and John Deere, according to the website.