Veteran Regulator Made Deputy to Xi’s Adviser Liu He 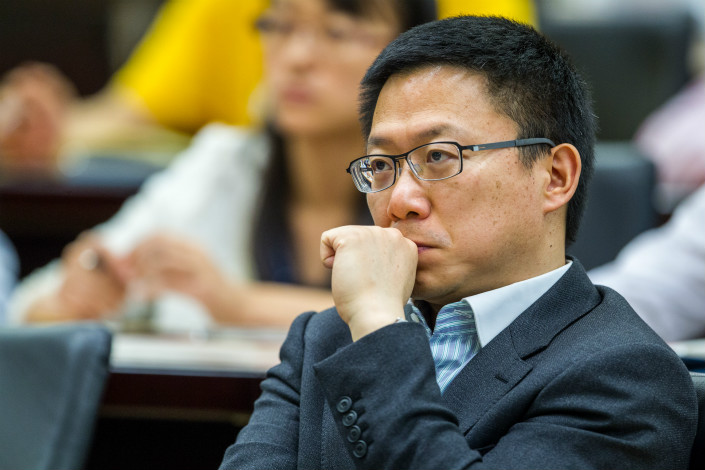 Liao Min, the former Shanghai bureau chief of the country’s banking regulator, has been promoted to be deputy director of the general office of the Central Financial and Economic Affairs Commission. Photo: VCG

Veteran banking regulator Liao Min has been promoted to a key post in China’s top economic policymaking body, according to the official Xinhua News Agency.

Liao, now deputy director of the general office of the Central Financial and Economic Affairs Commission, is part of the Chinese delegation now in the U.S. for trade talks, Xinhua reported Wednesday.

The Central Financial and Economic Affairs Commission, formerly known as the Central Leading Group for Financial and Economic Affairs, is chaired by President Xi Jinping. It is responsible for coordinating and supervising the country’s economic and financial business. Vice Premier Liu He, a top economic adviser to Xi, is director of the general office of the commission.

Caixin reported in December 2016 that Liao was appointed bureau chief in charge of international economic affairs at the key economic policymaking body.

Liao, 49, has extensive regulatory experience in the banking sector. People close to him have described him as an intellectually capable professional.

Liao was appointed deputy director of the general office of the China Banking Regulatory Commission (CBRC) right after it was established in Beijing in 2003, and later promoted to office director. He moved to Shanghai in early 2011, where he served as the head of the CBRC’s local branch.

Before joining the CBRC, Liao occupied positions at the Bank of China, one of the Big Four state-owned commercial banks; China Everbright Group, one of the largest state-run financial holding companies; and at the central bank.

He has published multiple professional articles, including one focusing on how to control risks in the asset management industry, a sector that has recently come under immense pressure amid the country’s financial deleveraging campaign.