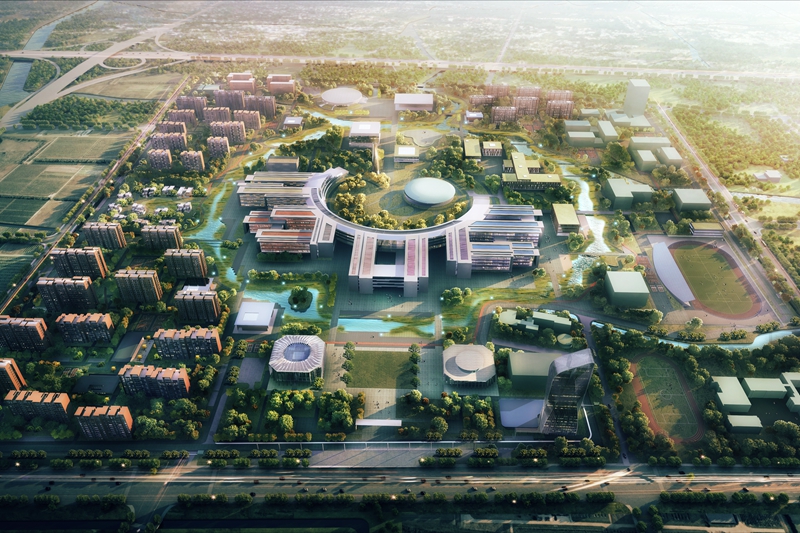 Shi Yigong’s audacious vision for Westlake University as a magnet for China’s best and brightest is already beginning to take shape.

Two of the most recent additions to Shi’s faculty are neurobiology researcher Jia Jiemin, lured home last year from a Texas university, and diabetes researcher Wu Liangeng, who left a position at Harvard University in late 2017. Both in their late 30s, Jia and Wu are among a parade of young, foreign-trained scientists who are helping to build China’s first doctorate-granting private university in eastern China’s picturesque city of Hangzhou, Zhejiang province.

“It is better than I expected, and I feel excited,” she said.

Westlake President Shi and his co-founders have high hopes that the new institution will one day rival top private American schools such as Stanford University and the California Institute of Technology.

“In 15 years, every indicator of our university will be on a par with that of Caltech,” Shi said. It “will be regarded as one of the best universities, not just in Asia but around the world.”

The formal birth of Westlake as a university in April follows the central government’s push to bolster China’s international standing in research and innovation. Beijing has pledged to devote 2.5% of the country’s gross domestic product each year to science and technology and has committed to building world-class educational facilities. The Zhejiang provincial government provided 400 million yuan for the new university and provided a 42-hectare site for the campus at no cost.

But as a private institution, Westlake will need to rely on private donors for most of its funding. So far, the institution has won backing from some of China’s richest businessmen, including Wang Jianlin, who runs the property and entertainment conglomerate Dalian Wanda Group, and Pony Ma, founder of internet giant Tencent Holdings. And yet Westlake will have to carve out its own territory in China’s government-dominated advance academic landscape.

“It is a bold test, facing resistance and risks,” Shi said in a speech at the inauguration of Westlake. The 51-year-old Shi had been vice president of Beijing’s prestigious Tsinghua University since 2015 until he resigned to head Westlake in January.

“If I was young, I would definitely join them,” said 96-year-old Nobel laureate Chen Ning Franklin Yang. He praised the young academics’ efforts to create Westlake and promote changes in China’s education and scientific research establishments. Yang is a member of Westlake’s consultant committee.

Westlake, whose name came from the symbolic scenic site of Hangzhou, will distinguish itself from other Chinese institutions of higher education by focusing on basic science, innovative technologies and their applications, according to Shi, a Johns Hopkins University-trained molecular biologist.

Shi, who grew up in rural Zhumadian, central China’s Henan province, is known for making risky career moves. In 2008, he rejected a prestigious $10 million grant from the Howard Hughes Medical Institute in Maryland and relinquished an endowed chair at Princeton University to return to China for a teaching post at Tsinghua. As a high school student, he earned his undergraduate place at Tsinghua by winning a provincial mathematics competition.

Shi and six other top academics including neurobiologist Rao Yi, economist Qian Yingyi and physicist Pan Jianwei, spearheaded the idea of creating a private science research institution in 2015. They lobbied the government to set up a “new-type, privately run research university.” Rao, 54, is the former dean of Peking University's School of Life Sciences and a leading advocate for cutting red tape in government agencies linked to managing scientific research and promoting integrity in China’s research community.

The Westlake founders say they envision a small, elite school. Westlake plans to admit no more than 5,000 full-time students, mostly doctoral candidates, and to hire a faculty of about 300 by 2026. As of May, Westlake has enrolled two groups of 149 doctoral students for biology, basic medicine, natural sciences and advanced technology studies. By comparison, government-funded Tsinghua had almost 50,000 students as of last August.

While Westlake didn’t win formal university designation from the Ministry of Education until early April, it began operations in December 2016 as the Westlake Institute for Advanced Study. It was China’s first private science research institute.

The academic stars backing Westlake argued that many of China’s public universities have devoted much of their efforts to career training and commercialization of academic projects rather than basic scientific research. This has restrained China’s capacity for innovation. Meanwhile, private players have been absent in high-level research.

China should learn from countries like the U.S. where top private universities have played a leading role in promoting education and scientific development, Shi said.

Although the number of privately funded institutions of higher education has grown over the past 40 years to 742, they still remain marginal in China’s massive tertiary education market. Most private schools focus on undergraduate education or vocational training. According to official data, just 17% of China’s students who completed postsecondary education in 2016 did so at private schools.

This is partly because of a lack of sustainable funding mechanisms for private schools in China. Unlike public schools, which have strong government financial backing, operators of most private schools have to worry about profitability, analysts said.

For most private colleges, tuition fees account for as much as 80% of the institutions’ total revenue, according to Wu Hua, an education expert at Zhejiang University.

“It is still very difficult for private schools to compete with public schools in higher education,” Wu said.

The founding team of Westlake decided to take a different approach from their private counterparts. They positioned the school as a high-level research institution dedicated to the public interest, rather than profit-seeking, according to the university’s charter.

The scholars’ plan was warmly welcomed by the Zhejiang government, which is seeking to create innovative impetus for the local economy. The government invited the institution with preferred policies and helped it win support in Beijing.

In January, Westlake won special approval from the national education authority to become a formal university. So far, the school has launched seven rounds of global head-hunting, attracting more than 4,000 applicants. From them, Westlake hired 40 academics to lead labs.

“Running a research university is a luxury and a cash-burning endeavor,” said Zhou Guangli, an education professor at Renmin University in Beijing.

Although Westlake has so far received extensive funding from government and business leaders, it still faces funding challenges in the long run as private schools often receive only minor subsidies from government in China.

The average per-student subsidy received by private higher education institutions is only 10% of that for public institutions, according to Wu.

Westlake has introduced a Western approach of setting up a foundation to manage finances and raise money for the university’s operations, a common practice of U.S. private universities. But it is not an easy task in China where donations accounts less than 1% of universities’ total revenue, according to official data.

The foundation has succeeded in securing funding from a number of successful entrepreneurs. Caixin learned that more than 50 donors have agreed to provide 2.5 billion yuan to Westlake. As of the end of last year, 770 million yuan had arrived in the school’s account.

Experts said they expect Westlake to be a pioneer in bringing change to China’s university management. Westlake has set up a board of directors including members from the group of founders, sponsors, staff and students. The board has the power to elect the president and decide on university policies. Although many other Chinese universities have set up boards, most of them have little actual power in university management, Zhou said.

But Westlake will face challenges with fitting its new concept of university management into China’s existing education environment, Zhou said.

Other analysts said Westlake has so far benefited from its high-profile founders and government support. Moving forward, it will face the same challenges as most private education institutions to maintain sustainable growth.