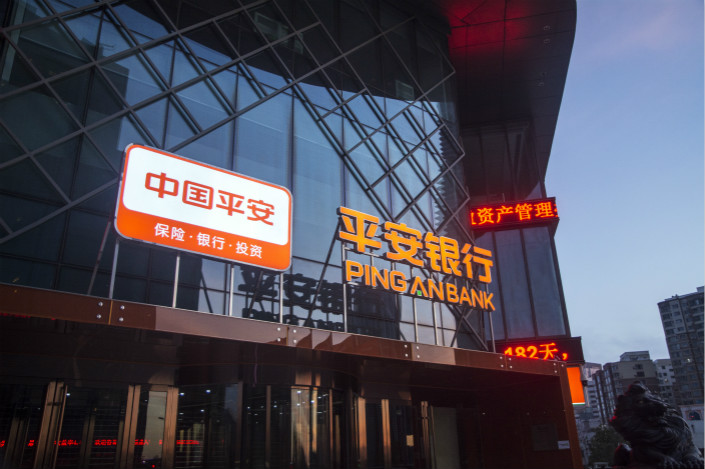 Six former employees of Ping An Bank Co. Ltd. stood trial last week on embezzlement and bribery charges in Shenzhen, with prosecutors accusing them of conspiring to embezzle bank funds.

The four-day trial, which ended on Thursday without the court announcing a verdict, exposed the tricks some of the bank’s staff employed during the midsize lender’s aggressive expansion over the last few years. It also revealed the existing holes in the bank’s management system.

Two months after the scandal first came to public attention, the Shenzhen-based bank, a subsidiary of financial giant Ping An Insurance (Group) Co. of China Ltd., underwent an unexpected overhaul of its top leadership. Ping An Bank’s then-chairman, Sun Jianyi, and its then-president, Shao Ping, both resigned in October 2016. There has been no indication that the shakeup of the bank’s leadership resulted from the scandal, but the case has raised concern that the bank overreached with the generous incentives it offered employees to bring in business.

News of problems at Ping An Bank broke in August 2016 when Liu Shuyun, head of the bank’s Beijing branch and assistant to the bank’s president in charge of investment banking, along with several subordinates, were detained on embezzlement charges.

The key figures in the case were 47-year-old Liu and one of his subordinates, 37-year-old Zhou Sen, the then-general manager of the investment banking division at Ping An Bank’s Beijing branch.

Liu met Zhou in 2010 when Liu was running China Minsheng Banking Corp. Ltd.’s Chongqing branch. At that time, Zhou was chief financial officer at one of Minsheng’s corporate clients, Liu said in the court. With Liu’s help, Zhou joined Ping An Bank’s Beijing branch in March 2016.

The Shenzhen prosecutor’s office accused Liu and his subordinates of embezzling 361 million yuan of the bank’s money in a deal connected to a private placement in 2015 by the Shanghai-listed state-owned enterprise China Railway Group Ltd.

In July 2015, Ping An Bank’s Beijing branch got an opportunity to make a 5 billion yuan investment in the private placement.

However, rather than invest the entire amount directly, it brought in a third company, Chongqing Rongsheng Asset Management Co. Ltd., which was actually controlled by Zhou, prosecutors said.

In court, Liu and the prosecutors disputed the reason why Liu brought Chonqing Rongsheng in on the deal. According to the prosecution, the bank had the 5 billion yuan to make the investment, but Liu pretended that it didn’t, creating the pretext for bringing in a partner.

As evidence for their account of the deal, prosecutors said that Chongqing Rongsheng got the funding for the deal from Ping An Bank. The asset management company, lacking the deep pockets for such a deal, illegally raised 4 billion yuan from the bank via a short-term financing instrument, according to the prosecution. The company then invested the 4 billion yuan in the private placement.

Ping An Bank ended up investing just 1 billion yuan in the deal with money it raised through its own wealth management business. But then in September 2015, Liu had the bank’s staff buy Chonqing Rongsheng’s stake in China Railway Group for more than 4.3 billion yuan without the necessary approval.

In court, prosecutors presented evidence that Zhou did favors for Liu in return for his help with the transactions and his potential support in other projects. For example, Zhou rented a courtyard house in Beijing where he let Liu stay. By the time the police investigation started in August 2016, Zhou had spent nearly 13.2 million yuan to rent and maintain the house and pay the salaries of the cooks and servants.

In court, Liu disputed prosecution’s accusation that he involved Chonqing Rongsheng under a false pretext. He argued that only Ping An Bank’s asset-management division was allowed to invest in private placements, and that department only had 1 billion yuan available at the time to invest in China Railway. That’s why he ordered a subordinate to seek funds elsewhere.

He also justified the purchase of Chonqing Rongsheng’s stake in China Railway by saying that the bank needed a high-quality asset on its books to offset losses from bad loans.

Liu said he was forced under duress to make false statements during the investigation. However, the prosecutors said that documentary and electronic evidence, along with witness testimony, proved that Liu and his subordinates conspired in advance on the deal.

Bankers said the arrangements seen in Liu’s case are common in the banking industry. China’s Commercial Bank Law prohibits banks from directly investing in nonfinancial enterprises, so banks set up special purpose vehicles or work with other companies to make these kinds of deals.

The circumstance created space for shady transactions. “Wealth management funds invest in share placements to make money for their clients, but now it has become a channel for illegal gains” for bank executives, said an executive at a state-owned bank.