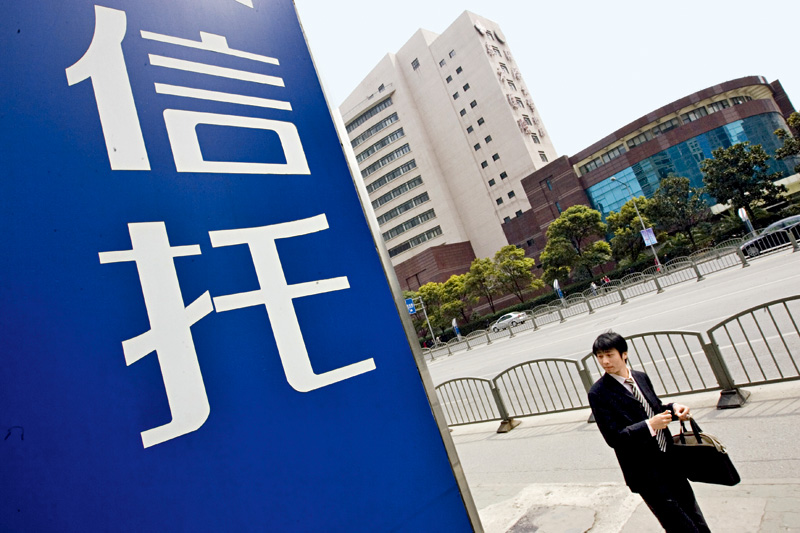 Four trust companies have been affected by a default of Beijing Gold Trading. Photo: VCG

Several financial institutions including Citic Trust were affected by the default of a unit of state-owned China CYTS Tours Group, reflecting heightened financial pressures on companies amid the central government’s deleveraging campaign.

Ping An Trust, an arm of Ping An Insurance, is the investment adviser on the product.

Caixin learned that CYTS Industrial has provided guarantees for Beijing Gold Trading’s defaulted trust products, but the parent is also under financial strain for making repayment.

Sources close to CYTS Industrial said the company has been under debt pressure since the beginning of this year as most of its borrowings consist of short-term loans. The company has used short-term debt to fund long-term investments, sources said.

CYTS Industrial’s capital strain worsened in April after it was blacklisted by the central bank for an irregular loan to Hengfeng Bank, a commercial bank rattled by investigations over opaque capital flows. A number of banks have since pulled back on lending plans with CYTS Industrial, a source said.

Company data showed that as of the end of 2017, CYTS Industrial had total assets of 102.8 billion yuan with liabilities totaling 56 billion yuan. The company posted revenue of 106 billion yuan and net profit of 4.4 billion yuan in 2017.

In an effort to ease default concerns, CYTS Industrial said in a letter to the trust companies that it has secured a 1.1 billion yuan bank loan and is in talks with Tianan Property Insurance Co. for a 4 billion yuan loan to be issued by the end of this month. The loan from Tianan Property is pending regulatory approval.