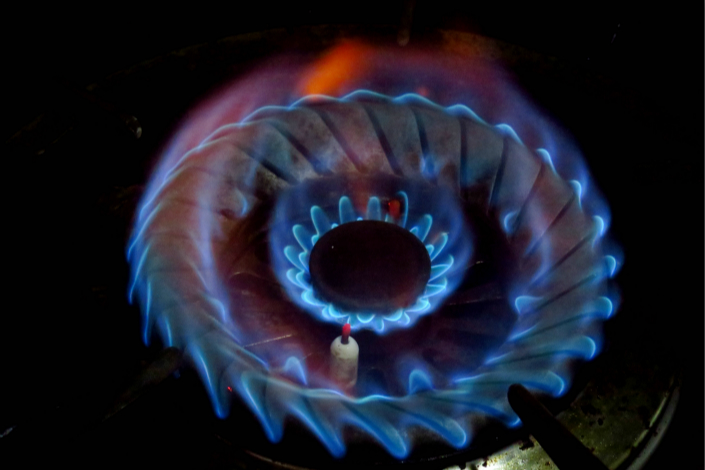 Thousands of families were left without heating after a botched attempt to switch from coal to gas in smoggy northern China last winter. Photo: IC

China’s gas distributors will soon have to buy gas for residential use at the same, generally higher, prices that industrial customers pay as the country revamps its market for the fossil fuel.

The move aims to improve market signals and encourage suppliers to increase imports and production, as China looks to boost natural gas consumption and rely less on coal in an effort to reduce air pollution. The central government has set a target for gas to account for 15% of the country’s total energy consumption by 2030.

The pricing change will take effect on June 10, according to a notice from the National Development and Reform Commission (NDRC), China’s top planning agency.

The wholesale price hike comes in the wake of painful supply shortages during a rush to get off coal. Thousands of families were left without heating after a botched attempt to switch from coal to gas in smoggy northern China last winter. In 2016, 83% of the region’s heating demand was met by coal, according to NDRC figures, much of it generated through particularly dirty and inefficient coal boilers known as “sanmei.” Failure to accurately estimate the demand for natural gas, exacerbated by inadequate storage and distribution infrastructure, led to a supply crunch and a spike in prices, with many boilers shut down or removed but not replaced by gas heating.

In the midst of the heating crisis, authorities announced another sweeping plan for half of northern China’s homes to use clean energy (including natural gas and coal with reduced emissions) for heating by 2019, and for 70% to do so by 2021. The region’s energy demand for winter heating — 280 billion cubic meters (bcm) of gas equivalent — is equal to half of the entire European gas market, according to a report by Wood Mackenzie.

China’s Ministry of Environmental Protection said in February it plans to help another 4 million households in northern China switch from coal to either gas or electric heating systems this year, although provincial authorities, stung by the public backlash after the winter shortages, were less enthusiastic.

Nonresidential gas prices have gone up several times in the last few years, but prices for residential gas, which accounts for about 15% of the country’s total gas consumption, have not been adjusted since 2010, according to an NDRC spokesperson. At around 1.4 yuan (22 U.S. cents) per cubic meter, residential gas prices are lower than both import and production costs, and their rigidity distorts the market.

Streamlining the gas pricing system should encourage suppliers to produce and import more, according to the notice. Prices will also be allowed to fluctuate with seasonal demand, but can only rise above a set benchmark — by a maximum of 20% — after June 10, 2019. Lower demand in the summer should incentivize more storage for use during the colder months.

Gas distribution companies will be the biggest losers of the policy because they will have to pay more for gas from suppliers. Shares for distributors China Gas Holdings Ltd. and China Resources Gas Group Ltd. both slid on the news, though both have since recovered some of their losses.

The NDRC spokesperson said the change will only have a small effect on consumers, however, with retail gas prices rising at most by 7 yuan a month for the average family. The policy has also promised targeted subsidies for those who struggle with higher gas prices to make sure the households, particularly “low-income groups and families in northern rural areas implementing the ‘coal-to-gas’ switch” won’t suffer from the policy, the NDRC spokesperson said.

China’s gas consumption rose 15.3% last year to 237.3 bcm, according to the NDRC. The country has increasingly relied on imports, which accounted for 40% of total consumption in 2017. China Petroleum & Chemical Corp, known as Sinopec, the country’s leading oil refiner, said in April that it will more than double its capacity to receive imported liquefied natural gas to 23 million metric tons per year by adding and expanding facilities on China’s east coast. The company also plans to expand its shale gas output to more than 10 bcm by 2020.