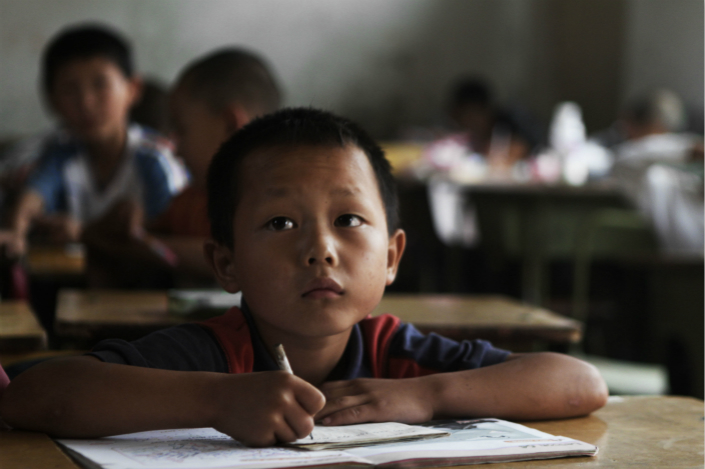 Wang thought he and his wife had made all the necessary preparations for their son’s impending enrollment in a Beijing elementary school.

Two years prior, the tech-company employee and his wife had moved to an area with more schools, specifically the Beijing suburb of Tongzhou, which urban planners want to transform into a second city center. They had diligently renewed their residence permits, and prepared the other papers required by the government.

But a month before the student registration deadline of May 31, they found that their diligence had not been enough to guarantee their child access to a basic education in the city where they live.

According to rules unveiled by Tongzhou authorities on April 27, parents who do not have Beijing “hukou,” or household registration documents, must now have lived at their current address since Dec. 31, 2017 if they want to register their children at local schools. This requirement, stricter than similar rules in other Beijing districts, must be fulfilled in addition to older requirements, including proof of employment in Beijing and proof of address.

Wang moved to the capital from East China’s Anhui province in 2004. Neither he nor his wife — who did not give her name — hold Beijing hukou, and they moved into their current apartment too recently to qualify under the new rules. Their son is now one of over a hundred migrant children in Tongzhou who have suddenly been locked out of the education system by policies some see as unfairly targeting migrants and renters.

‘Children must go to school’

On Monday, Wang and his wife joined dozens of other migrant parents who had gathered at Tongzhou’s district education office to petition for their children to be exempted from the new rule. Members of the crowd shouted, “Children must go to school!”

Parents told Caixin they had prepared the all the required documents in anticipation of their children’s enrollment, but were caught off guard by the new length-of-residence requirement.

The new address requirement would not have been as disastrous for the Wang family if not for another rule stipulating that, within each six-year period, only one child can be registered per address in Tongzhou.

In March, the family’s landlord at the time asked the Wangs to move out so that she could register her own child at the address. The family obliged. As a result of their recent move, they no longer qualify for school enrollment.

Other landlords in the area have been selling off the student registration rights of the properties they own for as much as 150,000 yuan ($23,000), parents outside the education office told Caixin. Landlords can refuse to provide the rental contracts parents need for proof of address, giving them the power to decide if tenants’ children can attend school.

A transplant from Inner Mongolia who works as a security guard in Beijing, surnamed He, was among those waiting outside the district’s education office on Monday. He said he was outraged that his application for his child’s enrollment was being rejected because he had moved “from building 161 to building 143 in the same residential compound this year.” This was his fourth day in a row outside the office, He said.

Xicheng and Haidian, two western Beijing districts home to prestigious schools, have had similar student registration quotas in place since 2016, as part of measures to reduce education-driven property speculation. Tongzhou’s quota was implemented after spikes in the district’s property prices in recent years, fueled by official announcements that businesses and government agencies would soon be moved into the area.

Unlike parents in Xicheng and Haidian, the parents waiting outside Tongzhou’s education office weren’t fighting to send their children to a specific good school — they weren’t sure if their children would be allowed to attend any school at all.

Tongzhou officials told parents that they would give a clear answer on their children’s registration quandary by May 31 — the deadline for registering. The district’s education commission did not respond to Caixin’s request for comment.

The parents told Caixin that they were worried the official response would come too close to the deadline, and that their children would be forced to return to their hometowns to study.

Enrolling a child in a school back at home would mean parents would either have to give up better economic prospects in Beijing to accompany their children, or send them home alone to become a “left-behind child.” Registering children as students in a Beijing district other than the one where they live is practically impossible.

The district’s student registration policy is one of a number of recent moves by the Chinese capital and other major cities to strengthen barriers against migrants. Beijing’s municipal government began in 2014 to implement population control measures, which have included mass evictions of migrant workers and demolitions of their homes.

Wang’s wife told Caixin their son remains blissfully unaware of his parents' struggle. "He thinks that, just because he was born in Beijing, he gets to be a Beijinger,” she said.