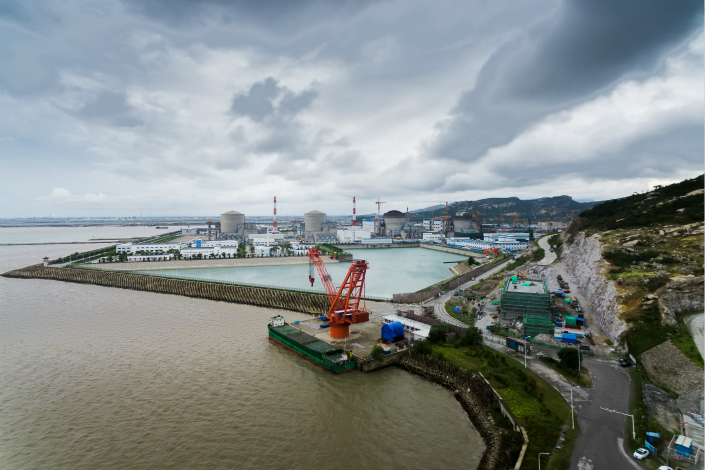 The Tianwan Nuclear Power Plant is seen in May 2017. Photo: IC

China and Russia have finalized what could be the biggest nuclear-energy deal ever between the two countries.

China National Nuclear Power Co. Ltd. announced an agreement with Rosatom, in which the Russian’s state-owned firm will build four nuclear reactors in China at a reported cost of $3.62 billion (statement in Chinese).

The project, in which Russia will also assist China in its advanced CFR-699 reactor project and supply thermoelectric components for Beijing’s space program, could exceed $15.38 billion, according to a Rosatom news release.

The deal was formalized in a signing ceremony that took place during Russian President Vladimir Putin’s state visit to China on Friday, and deepens the two countries’ recent history of close energy cooperation. Russia is China’s biggest crude oil supplier and state-owned Gazprom is currently building a gas pipeline to China in a project estimated to cost $55 billion.

The four planned reactor projects include installation of two third-generation VVER-1200 reactors at CNNC’s nuclear plant in Tianwan, Jiangsu province, with two more to be built at the planned Xudabao plant in Liaoning province.

Nuclear power features prominently in China’s plans to reduce its reliance on smog-producing coal plants, with the 13th Five-Year Plan (2016-20) aiming to increase nuclear capacity to 58 gigawatts (GW) by 2020, up from 34 GW in 2016.

This may prove overly ambitious, particularly as the National Energy Administration (NEA) did not approve any new plants in 2016 and 2017, and only three came online last year.

Delays in the installation of foreign-designed third-generation reactors such as the Westinghouse AP1000 and the European Pressurized Reactor (EPR) led some commentators to question China’s intention to expand its nuclear power infrastructure.

The Rosatom deal implies a renewed commitment to nuclear power. In February, China approved the merger of the state-owned power plant builder with the China National Nuclear Power parent, China National Nuclear Corp., in a move to consolidate the sector. In March, the NEA announced that it expects to boost capacity by 6 GW this year as up to six more plants are completed. A further six to eight projects are set to be announced.

With the government’s goal of 58 GWV of capacity by 2020, the International Atomic Energy predicts that China will overtake the United States as the world’s biggest nuclear generator by 2030. Besides experimenting with foreign reactors, tests for the China-built Hualong One reactor concluded in November, with six in total under construction domestically.