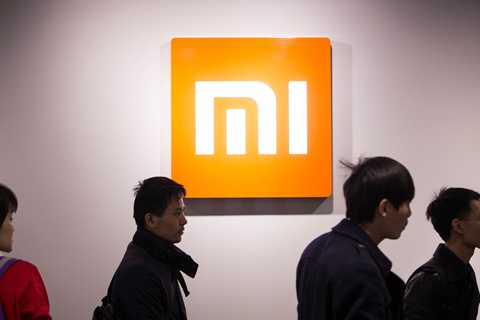 Analysts at several investment banks valued Xiaomi between $70 billion and $94 billion ahead of the IPO. Photo: IC

Chinese smartphone maker Xiaomi Inc. said Thursday that at least half the shares in its planned initial public offering (IPO) will be sold through Chinese depositary receipts (CDRs) on the mainland market.

Xiaomi’s planned blockbuster IPO, which is expected to raise as much as $10 billion, will be the largest since the 2014 debut of e-commerce giant Alibaba Group Holding Ltd. The Xiaomi shares are to be split between Hong Kong and Shanghai.

Beijing-based Xiaomi said CDRs will account for at least 7% of its total shares after the IPO, according to an updated prospectus (Link in Chinese) published at the website of the China Securities Regulatory Commission. CDRs are certificates issued by banks that represent equity shares traded abroad.

Xiaomi became the first tech giant to test the waters of CDR issuance, a pilot program that allows selected tech companies to bypass legal and technical barriers to listing directly on the mainland market. Xiaomi filed a CDR application on June 7, one day after regulators issued detailed guidelines to facilitate the pilot.

Xiaomi named Citic Securities Co. as its underwriter and sponsor for the CDR issuance, according to the prospectus.

The CSRC also published Thursday a response to Xiaomi’s CDR application, asking the company to submit additional documents to clarify a series of issues regarding its business operations, including whether the company’s online content services are properly licensed, weighted voting rights arrangements, details of transactions with connected parties and other matters. Under regulatory rules, Xiaomi must respond to the inquiries within 30 days to continue the process.

Xiaomi’s IPO, which may come in early to mid-July, could value the company at $70 billion to $80 billion, but the valuation is very likely to reach $100 billion on the debut day, sources close to the company said.

Analysts at several investment banks, including JPMorgan Chase, Goldman Sachs and CLSA, valued Xiaomi between $70 billion and $94 billion ahead of the IPO. Such estimates put Xiaomi’s value at 27 to 34 times projected 2019 earnings. By comparison, Apple Inc. — the world’s most valuable company with a market capitalization of $932 billion — has a multiple of 14.5. Some market analysts argued that the Xiaomi valuations are too high.

Xiaomi Finance’s businesses include financing services for Xiaomi’s supply chain, internet small loans, and internet insurance. By the end of the first quarter, Xiaomi Finance accounted for almost 14% of Xiaomi’s total assets, and 0.9% of its revenue. As of March 31, Xiaomi has outstanding loans to Xiaomi Finance totaling 5.4 billion yuan, according to the prospectus.