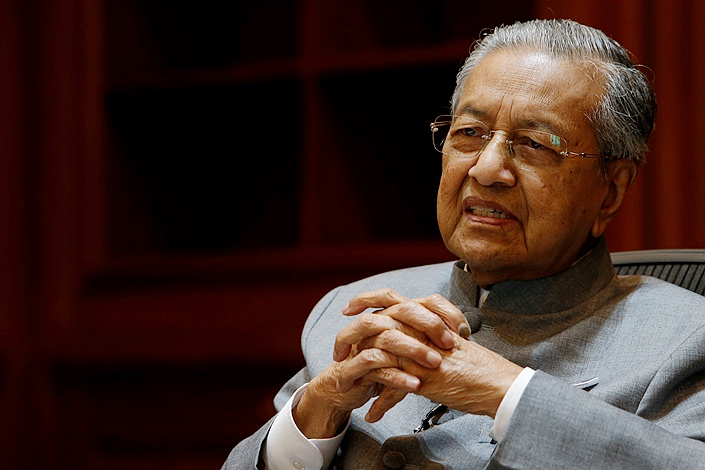 “Mr. Jack Ma’s idea, Alibaba’s idea, is what we want. … He wants to train Malaysians, he wants Malaysians to do business, he wants to urge Malaysians to market in China — that’s fine,” Prime Minister Mahathir Mohamad told the South China Morning Post in an interview published Wednesday.

Ma is the founder of Chinese e-commerce titan Alibaba.

Mahathir, who returned to power last month after a 15-year hiatus in a stunning victory that saw Malaysia’s first change of ruling party since independence in 1957, has unnerved Chinese investors by saying his administration would review mega-projects, mostly those from China, which were approved by the previous government.

Projects coming under scrutiny include one by Country Garden Holdings Co. Ltd., which is building a sprawling, $100 billion complex of high-end residences and hotels in the state of Johor, bordering Singapore; and the $13.8 billion East Coast Rail Link being built by China Communications Construction Co. Ltd. and financed by the Export-Import Bank of China.

Mahathir’s remarks came on the heels of Alibaba’s opening of its first office in the country’s capital, Kuala Lumpur, this week.

Alibaba has poured over $100 million into Malaysia since last year to build a logistics hub and a cloud computing center.

Mahathir told the Hong Kong-based South China Morning Post that Malaysia welcomes foreign investments as long as they bring in capital and technology, set up plants, and employ Malaysians. But the country will gain nothing if such projects translate to huge borrowing, or if the contractors import Chinese workers and Chinese materials into Malaysia.

“The other thing is that they develop whole cities, very sophisticated, very expensive cities, which Malaysians cannot buy. So they are going to bring foreigners to live in those cities,” he said. “No country in the world will accept a lot of immigrants coming into the country.”