By Leng Cheng and Han Yi 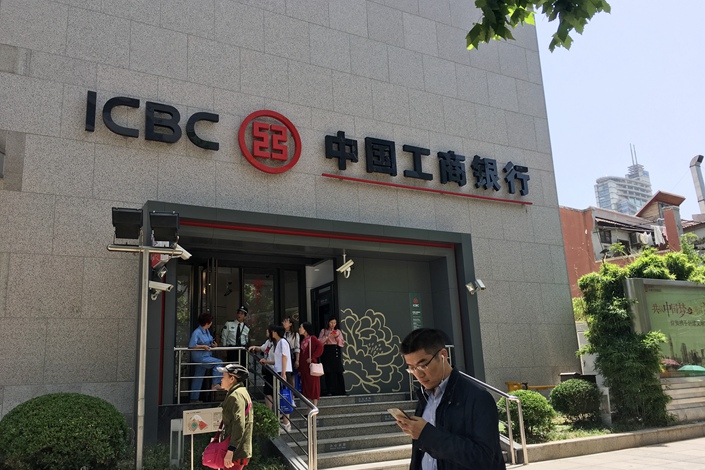 * Audit focused on uncovering problems such as credit risk, liquidity risk and moral hazard to prevent and resolve financial risks.

Industrial and Commercial Bank of China Ltd. (ICBC), country’s biggest bank by assets, Agricultural Bank of China Ltd. (ABC), the third-largest, and several subsidiaries of Citic Group issued illegal loans, the audit office said in a report (link in Chinese) issued on Wednesday. The three institutions were also found to have inflated the size of their deposits, lent excessively to certain industries, engaged in illegal shadow-banking activities, and had shortcomings in their credit risk management that led to the inaccurate classification of risks.

The audit office’s report underscores the dangers hidden in the banking system and the cat-and-mouse game institutions play to evade government orders aimed at reining in financial risk. It also highlights the poor corporate governance and internal controls at many financial companies that allow such practices to proliferate in defiance of the regulations.

ICBC, ABC and Citic Group are the latest companies to be named and shamed in a prolonged campaign to clamp down on risky behavior and bring “shadow banking” under control as part of a strategy to reduce leverage in the economy. Banks provide most of the funds for the shadow banking sector, which has been poorly regulated and where significant risks have built up as a result of a complex web of interconnected lending to companies deemed to have a lower chance of repaying their debts.

The audit, which was carried out between July and September and based on the institutions’ 2016 balance sheets, was part of the NAO’s remit to conduct an annual audit of key Chinese state-owned enterprises. It focused on detecting key problems such as credit risk, liquidity risk and moral hazard, and “preventing and resolving financial risks,” the audit office said, noting that the three institutions have since corrected most of the problems.

Details of the violations were laid out in separate reports on each company. The audit of ICBC found that eight local branches illegally raised a combined 66.6 billion yuan ($10.3 billion) from 2012 to 2016 through the sale of wealth management products and interbank deposits. The money was used to make loans to what the NAO described as companies “who didn’t meet conditions” for credit.

ABC handed out credit to midsize companies that did not qualify for loans from 2015 to 2016, with outstanding loans to such entities reaching 22.8 billion yuan at the end of 2016.

The report said that 1,551 members of staff at the three institutions were fined or received administrative punishments including demotions and pay cuts from their companies after the audits were completed. But it didn’t say whether the problems uncovered by the NAO’s investigations would lead to fines or punishment of the companies themselves by the regulators.

Misuse of bank credit has been closely scrutinized during the NAO’s latest round of audits of the financial sector, stemming from regulatory concern that short-term consumer loans in particular were not being used for their intended purpose and were being redirected into areas such as deposits for apartments.

A separate report released by the NAO on Thursday, which focused on the central government budget and other financial spending, included a section on short-term consumer credit. Auditors found that some consumer loans issued by nine major lenders were diverted for mortgages, although the report did not offer more details. Among 60 institutions that provided unsecured consumer loans, two-thirds were found to be operating without licenses, and many targeted students as a key market.

In the wake of several high-profile scandals involving college students who had fallen prey to online lenders, a group of government agencies including the former China Banking Regulatory Commission, the Ministry of Education and the Ministry of Human Resources and Social Security, published a joint directive in June 2017 banning the practice of online lending to students.