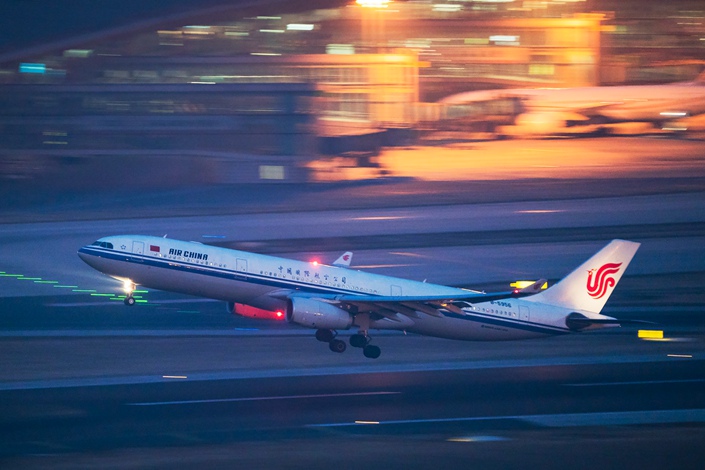 Air travelers may find themselves having to pay 10% more to fly between Beijing and Shanghai starting this week, as two state-owned airlines raise fares on the country’s busiest air route.

The Shanghai-based China Eastern Airlines Corp. and the Beijing-based Air China Ltd., the two carriers with the greatest market share on the route, are increasing the price of a one-way trip between the two cities from 1,240 yuan ($191) to 1,360 yuan, effective from Monday and Tuesday respectively, Caixin has learned.

The move comes after the Civil Aviation Administration of China (CAAC) announced plans in January to further liberalize the aviation industry, allowing carriers more freedom to set prices on some of the country’s busiest air routes.

Following the deregulation, airlines in March raised prices for various routes, including those between Guangzhou and Chengdu, Guangzhou and Shanghai, as well as Shenzhen and Hangzhou.

For example, fares for flights between Guangzhou and Shanghai have risen around 9.6% to 1,480 yuan, according to CARNOC.com, an industry tracker based in Hefei, Anhui province.

But the price of the Beijing-Shanghai route is a particularly important issue — it’s the nation’s most lucrative route, boasting the highest passenger traffic and the greatest number of planes.

A total of seven carriers, including Air China Ltd. and HNA Group, compete for passengers on that route. Some airlines have worried that being the first to raise ticket prices could hurt their business, industry experts told Caixin.

A report from Orient Securities expects the Beijing-Shanghai fares will continue to climb in the future, as people traveling on this route are mostly business travelers who are less price sensitive.

The air fare reform forms part of Beijing’s broader plan to open up the country’s aviation sector. In January, CAAC said China will relax restrictions on private investment in the airline industry, reducing the required government ownership of the three biggest airlines to less than 50%.