Message to China: Prepare for the Worst 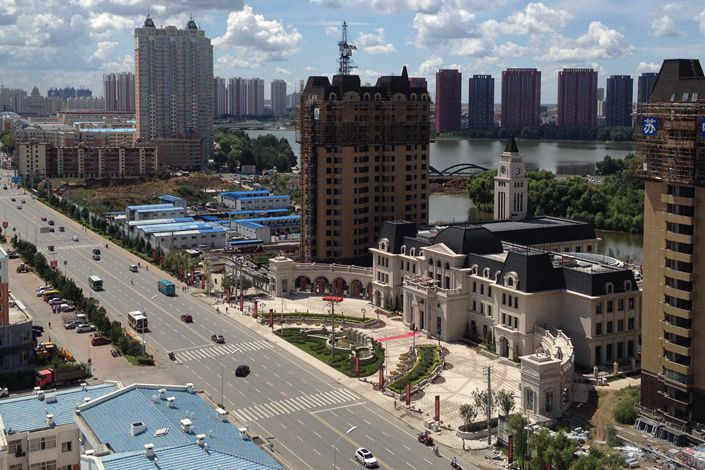 The government should keep its macroeconomic policy generally consistent and press ahead with the structural reform and deleveraging campaign to “stabilize expectations,” Wang Yiming, a vice minister of the Development Research Center (DRC) of the State Council, a top government think tank, said over the weekend. “At the same time, we need to adopt bottom-line thinking and draft all types of contingency plans to take targeted measures” to “appropriately deal with the trade friction” with the U.S., he said.

The State Council is the country’s cabinet, led by Premier Li Keqiang. Wang was previously a deputy secretary-general of the National Development and Reform Commission, the government’s top economic-planning agency.

Wang said he expected China's gross domestic product (GDP) to increase by 6.7% to 6.8% year-on-year in the first six months of 2018, almost the same as the growth of 6.8% in each of the three-month periods since July last year.

However, uncertainties are rising, putting economic growth under pressure to weaken, he said at a seminar hosted by the DRC, Renmin University of China and ratings agency China Chengxin Credit Management Co. Ltd. The Sino-U.S. trade dispute is the “biggest uncertainty” in the external environment, Wang said.

Tensions between the world’s two largest economies deepened earlier this month with U.S. President Donald Trump’s announcement that his administration will impose punitive tariffs on $34 billion worth of Chinese imports starting July 6 and on another $16 billion of goods at a later date.

China responded that it will take reciprocal action if the U.S. went ahead, prompting Trump to order the U.S. trade representative to identify $200 billion worth of Chinese products for additional 10% tariffs. Trump also threatened to pursue tariffs on another $200 billion of goods if China retaliates against those levies.

The exchange of threats sent the Shanghai Composite Index (SCI) down by the biggest margin in over four months on June 19. More than 1,000 stocks, one-third of the total, dropped by the 10% daily limit on both the Shanghai and Shenzhen exchanges, with the benchmark SCI plunging below the 3,000-point mark for the first time since September 2016.

Although U.S. plans to slap an additional 25% duty on about $50 billion of Chinese imports that contain “industrially significant technologies” will have a limited direct impact on the Chinese economy, they will “affect market expectations and the supply chain rather profoundly” and in turn cause jitters in the bond and stock markets, Wang said. He also predicted that repercussions for China’s exports would manifest themselves in the coming months.

The trade dispute looks set to escalate as American media this week quoted unnamed sources as saying that Trump plans to introduce harsh restrictions on Chinese investment in U.S. technology companies. Although Treasury Secretary Steven Mnuchin sought to tone down the hostility by denying that the policy would target only China, National Trade Council Director Peter Navarro indicated in an interview on Monday with business-news channel CNBC that the measures were indeed aimed at Chinese investors.

“All we have done with the 301 investigation is to investigate what China was doing with our particular country with respect to technology and all the president has done is to direct the secretary of the Treasury to come back with an assessment of that, which is due at the end of this month,” Navarro said. “And that assessment does not include any other countries.”

Wang said that domestically, the biggest drag on economic growth will be weakening expansion in demand, particularly investment, against the backdrop of the deleveraging drive. Official data showed fixed-asset investment excluding rural households, a key driver of domestic demand, rose 6.1% year on year in the January-through-May period, the slowest growth since the data series was first released in February 1998. Wang said the number was “very worrying” given that it was the nominal growth rate and the actual pace could be even weaker.

Growth in infrastructure investment, government-driven spending on the construction of roads, railways and public facilities excluding electricity and other utilities, has also slowed significantly this year due to Beijing’s crackdown on implicit local government debt and tightening policy on financial institutions’ lending to local authorities, Wang noted. The deleveraging campaign has also constrained local governments’ ability to refinance their implicit debt, he said, referring to the liabilities of local government financing vehicles, while making it more difficult for private firms to access loans.

Imbalances in the property sector have continued to grow as government policies to restrict transactions have only worsened market distortions, and high mortgage payments have likely curbed increases in household spending, he said.

In a sign that Chinese policymakers are concerned about the growing foreign and domestic woes faced by the economy, the People’s Bank of China announced Sunday it will cut for some lenders the amount of cash set aside as reserves by 50 basis points from July 5, releasing a total of 700 billion yuan ($107 billion) in funding.