By Jason Tan and Zheng Lichun 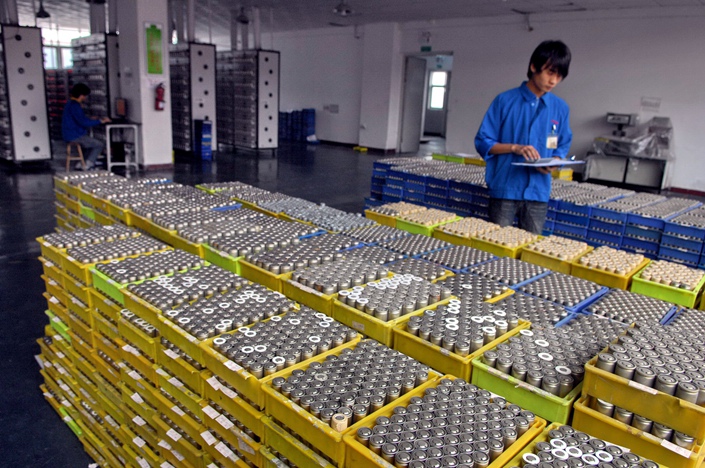 *Some of its employees in production, core technology and administration are exempt from the leave

(Beijing) — Shenzhen OptimumNano Energy Co. Ltd., the world’s fourth-largest manufacturer of batteries for new-energy vehicles, has told its workers to go on leave for six months as intense competition and high material costs have driven its finances into the red.

The company announced internally on Thursday that “all staffers are to go on leave for six months from July 1,” stressing wages and social security benefits “will be paid as regulated.”

The company admitted it has been facing financial trouble since early this year as orders shrank. It also told its workers that they should have been aware of the problem as the media have reported on the company’s failure to pay wages and social benefits, as well as its growing debt burden, according to an internal memo leaked online. Caixin has verified the authenticity of the memo with company sources.

Caixin has also learned that employees arrived at its Shenzhen headquarters as usual on Friday, and that some of its workers in production, core technology and administration are exempt from the six-month leave.

Shaanxi J&R Optimum Energy Co. Ltd., the owner of OptimumNano, said in a filing to the Shenzhen Stock Exchange in April that it had nearly 2 billion yuan ($302 million) of overdue debt. Since then, Optimum has slashed production to around 20% of capacity.

In June, Optimum told the securities regulator that 47 of its bank accounts, containing a total of 8.3 million yuan, had been frozen by various court orders.

“If OptimumNano fails to find a solution as soon as possible, it’s very likely that the company will go into insolvency,” a Shenzhen banker told Caixin.

The battery-maker is estimated to have debts totaling as much as 8 billion yuan as of April, the banker added.

China has since late last year slashed the generous subsidies for the new-energy vehicle sector, which over the course of several years helped turn the country into one of the biggest markets for the industry. This government support also led to overcapacity in the industry as a whole, including among battery-makers.

The high cost of battery materials such as lithium and cobalt, and the intense competition in the sector are also reasons for the company’s financial problems, Reuters reported in May.