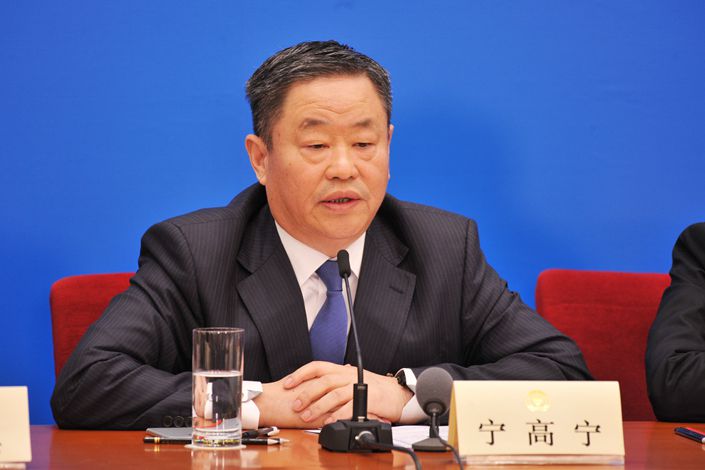 Sinochem Group Chairman Ning Gaoning will become the head of the new company that will result from the merger of Sinochem and ChemChina. Photo: IC

Rumors of the planned merger have persisted for two years. While no clear plans regarding the structure of the new company have yet been announced, sources close to Sinochem confirmed that the merger has been decided upon.

The merger is thought to be one of the Chinese government’s conditions for its support of ChemChina’s $49 billion takeover of Swiss agrichemicals giant Syngenta AG, China’s biggest ever overseas deal. ChemChina’s total liabilities stood at 586.4 billion yuan ($88.56 billion) after the deal, with its asset to liability ratio at 74%. The merger will give ChemChina the support of Sinochem’s relatively stronger balance sheet, according to analysts.

The move also advances the State-Owned Assets Supervision and Administration Commission (SASAC) plan to reduce the number of vast state-owned enterprises it controls — many of which are mired in debt — from 101 in 2016 to around 80. Most of China’s major SOEs were carved out from former monopolies that executed Beijing’s directives when the country’s economy was subject to a greater degree of central planning than today.

While the government pushed for greater internal competition between SOEs operating in the same industries in the 1990s, under the SASAC’s current head, Xiao Yaqing, the government is seeking to have fewer, more globally competitive companies with more freedom to make their own decisions based on commercial factors, and which can still pursue the state’s strategic objectives without duplicating activities.

So far, the SASAC has undertaken major mergers including that of China National Nuclear Corp., the country’s largest nuclear power plant developer and operator, with China Nuclear Engineering & Construction Corp., which builds nuclear-power plants, which took place in February. An energy giant with assets worth an estimated $270 billion was formed last year when the world’s largest coal producer, Shenhua Group, was merged with leading power generator China Guodian Corp.