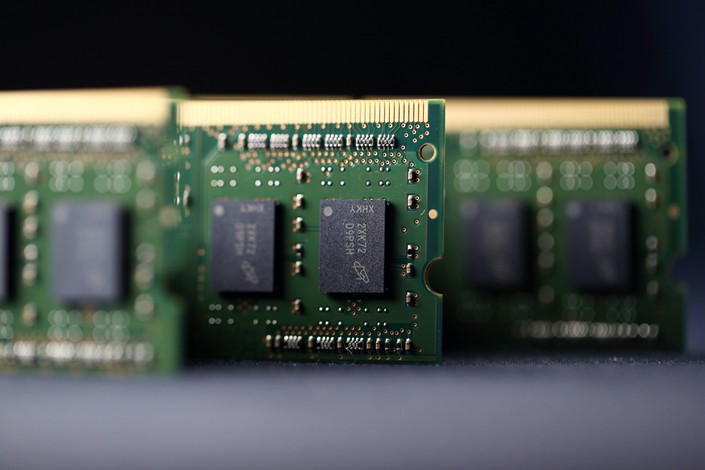 * Fuzhou Intermediate People’s Court issued the injunction on Tuesday in response to a patent infringement case brought to it by United Microelectronics Corp.

* Ruling prevents Micron from selling 26 types of products, and it bans the company from importing more chips into China

(Beijing) — A court in China’s coastal Fujian province has ordered U.S. semiconductor giant Micron Technology Inc. to immediately cease selling its products on the mainland in a move that will likely add to trade tensions between Washington and Beijing.

The Fuzhou Intermediate People’s Court issued the injunction on Tuesday in response to a patent infringement case brought to it by Taiwan’s second-biggest chipmaker, United Microelectronics Corp. (UMC), UMC said in a statement.

The ruling prevents Micron from selling 26 types of products, including DRAM chips and NAND flash memory chips, which allow digital devices to store and retrieve information. It also banned the company from importing more chips into China and ordered it to remove references to the banned chips from its website.

China is a key market for Micron, accounting for over half of its $20 billion in sales last year. Markets reflected investor concern, with the company’s stock falling by 5.5% on Tuesday to close at $51.48 on the Nasdaq Stock Market. Micron says it has not received an injunction from the Fuzhou court.

The ruling escalates the feud between the companies that dates back at least two years, when Micron and Taiwan officials accused UMC engineers of attempting to steal the company’s intellectual property and take it to UMC’s Chinese partner, state-owned Fujian Jinhua Integrated Circuit Co. Ltd., according to the New York Times. This came a year after state-owned Tsinghua Unigroup reportedly saw its $23 billion bid for Micron rejected.

Fujian Jinhua has a mandate to support China’s “Made in 2025” program, which aims to upgrade China’s capabilities in high-tech industrial sectors such as chip production. While Micron filed a suit with the California courts over potential IP theft in December, UMC filed the same against Micron with the Fuzhou court in January.

UMC appears to be expanding its presence on the mainland, having recently announced that its mainland subsidiaries, including HeJian Technology (SuZhou) Co. Ltd. and Lianxin IC Manufacturing (Xiamen) Co. Ltd., will apply for listings on mainland stock markets. Most of these subsidiaries are focused on developing semiconductor products.

If approved, this will see the second listing of a Taiwan tech company on the mainland, after Foxconn Industrial raised 27 billion yuan ($4.05 billion) in its initial public offering in Shanghai at a share price of 13.77 yuan in June.