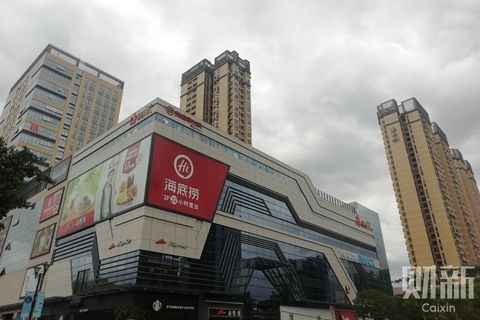 The buyer, Shenzhen-based Tianji Wealth, launched a private equity fund to raise the 1.6 billion yuan. Tianji Wealth, a four-year-old wealth management firm founded by former Ping An Bank executives, called the deal “a bargain,” estimating that the completed development could eventually be worth more than 20 times the purchase price.

The deal continues Chinese conglomerate HNA Group’s divestiture of assets as the distressed airline-to-property giant struggles to pay down debt after years of heavy spending. HNA has been in a liquidity crunch since the second half of 2017 amid tightening regulatory scrutiny over its financing and ownership structure.

HNA bought the holding company of the newly sold real estate development project, Shenzhen Haihang City, in 2010, aiming to turn the urban village into a combined residential, office and retail complex in four phases of development. The company has completed only the first phase.

However, HNA Infrastructure valued the two shopping centers in the first phase at just 1.1 billion yuan, according to its 2017 annual report.

China’s urban village renovation projects are usually quite profitable, but developers often face challenges in demolition and relocating residents, so recovering their investment could take years. In 2014, the head of the project publicly acknowledged that HNA faced headwinds in relocating residents.

HNA’s divestitures so far this year include investments in domestic and overseas property projects, land plots in Hong Kong and stakes in aviation, hotel and financial assets.

The biggest deals include the sale of stakes in U.S. hotel giant Hilton Worldwide Holdings Inc., one of its highest-profile acquisitions costing $6.5 billion in 2016. Between March and late April, HNA sold all its holdings in three Hilton units for $8.34 billion.