HNA Co-Founder’s Shares to Be Donated to Charity 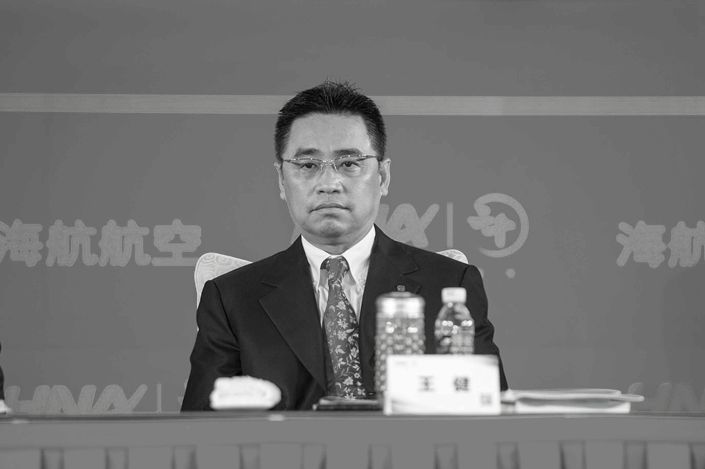 The shares of financial conglomerate HNA Group Co. Ltd. held by co-founder Wang Jian, who died in an accident last week in France, will be donated to charity in accordance with his wishes, CEO Adam Tan said at Wang’s memorial service on Friday, a source told Caixin.

Wang died July 3 at the age of 57, after falling more than 10 meters (32.8 feet) off a wall while taking photographs during a visit to Avignon in Provence, an area popular with tourists.

HNA revealed last year that Wang and co-founder Chen Feng each held about 15% of HNA shares, after the company’s multibillion-dollar global acquisition spree of recent years attracted scrutiny from Beijing over its finances and ownership structure. At that time, HNA said that Wang planned to give all of his holdings to charity after his death.

“The disposition of the shares in HNA Group held by Mr. Wang at the time of his death will be addressed in due course, consistent with his pledge to donate them to charity, and in accordance with all applicable legal and regulatory guidelines,” HNA said in a statement last week, in discussing succession plans at the company following Wang’s death.

At the time of last year’s disclosure of its ownership structure, HNA revealed that its two largest shareholders were charitable foundations. One of those, the U.S.-registered Hainan Cihang Charity Foundation, held 29.5% of the company, while a similarly named foundation based in the group’s home province of Hainan held 22.75%.

A knowledgeable source told Caixin that Wang’s shares will go to the China-based charitable foundation.

Companies like HNA, insurance giant Anbang Insurance Group Co. Ltd. and property and entertainment conglomerate Dalian Wanda Group Co. Ltd. have come under the microscope this year for their overseas spending on a wide range of assets, often costing hundreds of millions or even billions of dollars. That spending has drawn attention from Beijing, which wants to stem capital outflows and also stop companies from taking on too much debt with speculative buying.

In a bid to pay down its debt, HNA has embarked on a selling spree this year, including the sale in April of its 25% stake in global hotel giant Hilton Worldwide Holdings Inc.