Think China Is Crowded? Check Out Its Primary Schools 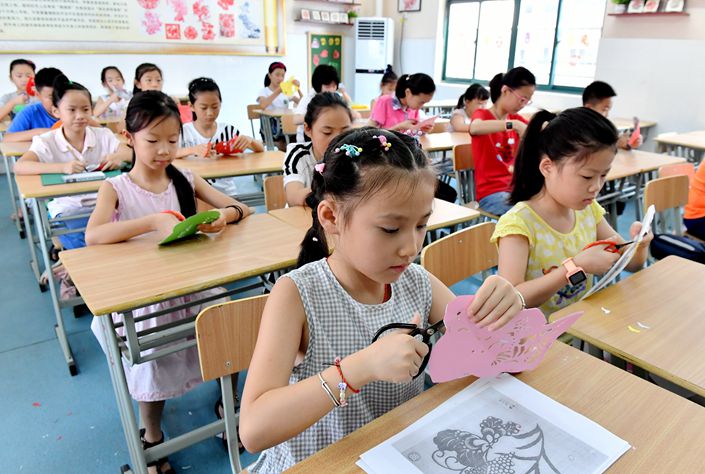 And the trend is largely being driven by the shuttering of rural schools.

Meanwhile, the number of students enrolled at primary schools continued to soar, reaching 101 million last year, increasing concerns of so-called “super classes,” in which up to 70 students are taught in one classroom, in some cases.

Issues linked to overcrowding have been underscored by incidents like a stampede at a primary school in Henan province last year that left one child dead and 22 others injured.

The number of primary schools in China shrunk from 280,200 in 2009 to 176,000 last year — largely because of the government’s closure of tens of thousands small schools in remote areas.

From 2009 to 2016, the number of rural primary schools dropped by more than half to 106,400, according to the ministry. That forced many students as young as eight to travel significant distances to attend class after schools in their villages were closed by the government.

China’s now defunct one-child policy and the migration of huge numbers of citizens to cities have also contributed to the dwindling number of students in rural areas, according to Wu Zhihui, a professor of education at Northeast Normal University in Changchun, Jilin province.