WeWork Steps Up China Growth With $500 Million in New Funding

By Coco Feng and Zhang Erchi 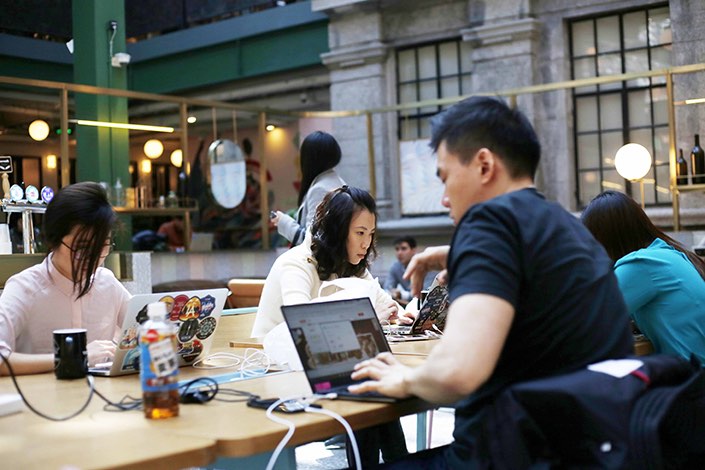 A WeWork coworking facility is seen in Shanghai in February 2017. Photo: IC

Global shared-workspace giant WeWork Companies Inc. has secured $500 million in new funds for its China operation, signaling continued momentum in one of its largest and fastest-growing overseas markets.

Investors in the Series B funding included Trustbridge Partners, Temasek, the SoftBank Group, the SoftBank Vision Fund and Hony Capital, WeWork said in a statement on Thursday. WeWork expects the investors not only to provide financial support, but also help it with local expertise and relationships, one of the sources told Caixin.

WeWork co-founder and CEO Adam Neumann said the infusion of cash will help the company expand.

“This investment will help WeWork fuel our mission to support creators, small businesses and large companies across China,” he said. “While there is still much to do and learn, this investment highlights the potential for WeWork and our community of creators in the region and reaffirms our dedication to our team, our members and our partners in China.”

The company is working on upgrading some innovations in China, including the use of QR codes and facial recognition, and will explore the possibility of rolling them out to the rest of the world, another source told Caixin.

This month marks the two-year anniversary in China of WeWork, which specializes in providing flexible working spaces and associated services for startups, small businesses and enterprises, and independent contractors.

A year ago, the coworking-space provider announced a previous funding round of $500 million from Hony Capital and SoftBank for the China business, which now operates nearly 40 locations in three Chinese cities — Beijing, Shanghai and Hong Kong — with a combined 20,000 members.

Earlier this year, WeWork said that it will expand to eight more Chinese cities in 2018: Shenzhen, Suzhou, Hangzhou, Xiamen, Chengdu, Nanjing, Xi’an and Wuhan. In an effort to accelerate its expansion, earlier this year it acquired one of its China-based rivals, Naked Hub, which has nearly 30 locations.

Ucommune, together with the smaller brands, operates more than 100 spaces in dozens of Chinese cities. It even moved into WeWork’s turf in the U.S., setting up locations in New York City.

WeWork filed a trademark lawsuit in the U.S. against UrWork, Ucommune’s name at the time, arguing the Chinese startup’s name was “confusingly similar” to its own. UrWork subsequently changed its English-language name to Ucommune.