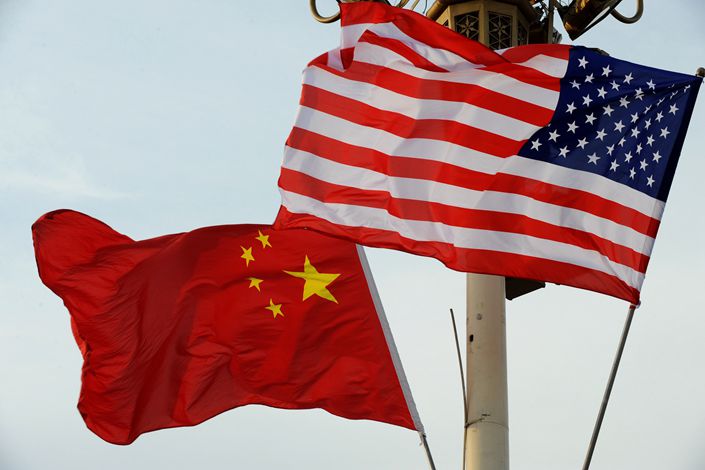 The National Defense Authorization Act for 2019 passed by the U.S. House could hamper the Chinese government’s goals to upgrade its manufacturing and tech sectors. Photo: VCG

The U.S. House of Representatives passed a defense spending bill on Thursday that would increase scrutiny of Chinese investments in the U.S. and ban the U.S. government from using technology made by major Chinese tech firms.

The bill could hamper the Chinese government’s aims to upgrade its manufacturing and tech sectors by curtailing Chinese companies’ access to U.S. technologies.

The National Defense Authorization Act for 2019 passed by the House of Representatives includes the Foreign Investment Risk Review Modernization Act (FIRRMA), which upgrades oversight of foreign investment in the U.S. The bill still needs to be approved by the Senate and signed by U.S. President Donald Trump.

The bill gives greater power to the Committee on Foreign Investment in the United States (CFIUS), an interagency panel that reviews foreign investments that could affect national security. Under the new rules in the bill, CFIUS would be empowered to review more minority investor positions and gain greater control over exports of “emerging and foundational” U.S. technologies.

CFIUS already has the power to review foreign acquisitions of U.S. companies on national security grounds. Earlier this year, tech firm Broadcom Inc. abandoned its bid to acquire semiconductor maker Qualcomm Inc. after CFIUS expressed concerns about the transfer of U.S. technology on new 5G mobile communications that might result from the deal.

The expansion of CFIUS’ purview will create new obstacles in the path of “Made in China 2025,” China’s plan to upgrade its industrial sector into a globally competitive high-tech powerhouse. Buying stakes in foreign companies is often a cheaper and faster way for companies to access technology than investing in expensive and time-consuming research and development.

“Unquestionably, this is going to lead to increased scrutiny of Chinese investment in the United States,” said Trey McArver, a partner at consultancy Trivium. “This is just going to make it more difficult for China to acquire American technology.”

Even though CFIUS investigations do not necessarily block foreign investments, they can act as a strong deterrent. “Once you start being investigated by CFIUS, a lot of people just pull out of the process,” McArver said. “Investors are not going to put in all the effort if they think that it might fall through.”

Investigations of one firm could also have a “chilling effect” on other potential investors, McArver added.

Also included in the bill is a provision prohibiting U.S. government departments from procuring products from Chinese telecoms giants Huawei Technologies Co. Ltd. and ZTE Corp., as well as banning agencies from partnering with companies that use such products. Earlier in July, the U.K joined the U.S. and Australia in voicing concern about Huawei, saying it has “only limited assurance” that the company’s products pose no national security threat.

A representative from Huawei did not immediately respond to Caixin’s requests for comment on Friday.

Washington recently lifted a ban on U.S. companies supplying tech components to ZTE, originally imposed as punishment for the Chinese company selling U.S.-made components to Iran in violation of U.S. sanctions. The ban was lifted after ZTE paid a $1 billion fine, reshuffled its management and agreed to allow on-site U.S. inspectors for 10 years.

Some think there may be a silver lining for China in the new defense spending bill. Although it will have some impact on the “Made in China 2025” plan, the bill will force Chinese companies to develop their own core technologies, says Xiang Ligang, founder of a telecom-industry portal. “When the U.S. has a trade advantage, it talks about free trade to open up overseas markets; but when it is at a disadvantage, it talks about anti-dumping, protection of intellectual property rights, and now national security,” Xiang said.

The U.S. is capable of slowing, but not stopping, China’s progress on its “Made In China 2025” strategy, according to Marie Diron, senior vice president at credit ratings firm Moody’s Investors Service, speaking during a conference on China’s credit outlook in Beijing in June.

In the long run, China has the means to produce domestically many of the technologies it currently imports, she said, though that will require the government to increase investment in research and development to 4% of GDP from the current 2%.

“Over time, there would be a shift from imported technologies, services and goods in the tech sector towards more domestic reliance,” she said, adding this is in line with China’s industrial policy objectives.

Earlier this week, Qualcomm announced it was scraping its $44 billion bid to buy Dutch semiconductor manufacturer NXP Semiconductors NV because Chinese regulators had not approved the deal by a mid-week deadline. The collapse of the deal is the highest-profile fallout so far from the trade conflict between China and the U.S., with Qualcomm having to pay NXP a $2 billion breakup fee as a result.