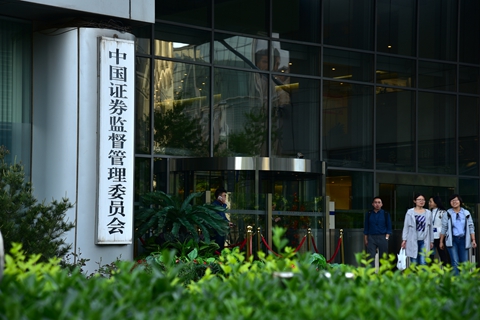 Under the new regulations, companies could also be delisted for fraud, violating disclosure requirements and engaging in actions that harm national security, public safety, workplace safety or the environment, according to a statement (link in Chinese) published by the CSRC.

Some experts said the inclusion of damage to public health was a response to the recent vaccine scandal that seat off a public uproar and discussion of whether the company involved should be delisted.

Shenzhen-listed vaccine-maker Changsheng Bio-Technology Co. Ltd. was accused of selling 250,000 doses of a substandard vaccine for diphtheria, pertussis and tetanus, as well as tampering with production data for its rabies vaccine. Police have detained 15 company executives.

The securities regulator has been working since January on revisions to rules that have been in place since 2014. A draft revision released in March for public comment did not include the detailed list that is in the new regulation.

The CSRC said the revised rules made clear the role of exchanges in implementing the delisting regulations and the responsibilities of company owners and managements in the process.

In its Friday statement, the CSRC said the revised delisting rules will promote healthy development of the capital market and set up a sound mechanism for eliminating bad players.