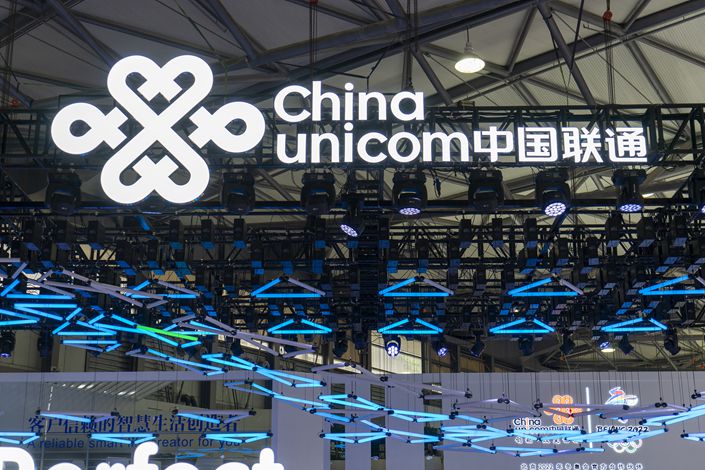 The joint venture, whose name translates to “Cloud Knowledge,” will draw on Alibaba’s expertise in cloud and internet-based services and Unicom’s in traditional telecommunications, according to an announcement on the new venture. The venture has registered capital of 353 million yuan ($51.65 million), with Unicom holding 51% and Alibaba 34%.

The deal is one of the largest to come out of a landmark agreement that saw Unicom sell a major stake of itself to Alibaba, along with internet majors Baidu Inc. and Tencent Holdings Ltd., as well as about a dozen other firms, under a pilot program led by Beijing. Called “mixed-ownership reform,” the program aims to make slow-moving large state-owned enterprises, often operating in state-granted monopolies, more entrepreneurial and dynamic by pairing them with companies from China’s more-vibrant private sector.

“The venture represents another phase in Unicom’s deep implementation of mixed-ownership reform,” Unicom Vice President Liang Baojun said in an announcement on the venture. “It is a new vehicle for China Unicom and Alibaba to deepen their cooperation at the capital level.”

The venture will target both corporate and government clients with a broader theme of helping them to digitize their operations. Offerings will include cloud and information technology (IT) services, two of Alibaba’s specialties, as well as products and services that can capitalize on Unicom’s long experience as a major telecom network operator.

Unicom was among a handful of central-government-owned companies named in early 2016 to be part of the mixed-ownership pilot program. Others include China Eastern Airlines, China Southern Power Grid Co. and China Nuclear E&C Group. In two of the first initiatives after launching its plan a year ago, Unicom announced the formation of cloud computing tie-ups with Alibaba and Tencent in October.

Unicom is China’s second-largest mobile carrier, with about 300 million subscribers, or one-fifth of the world’s largest mobile market. In addition to its mixed-ownership reform plan, the company last year rolled out a major downsizing plan, including cutting its number of administrative departments at local branches by 30%, as part of its efforts to become more cost-efficient.