Poverty-Stricken Yunnan Goes Back to School to Boost Growth 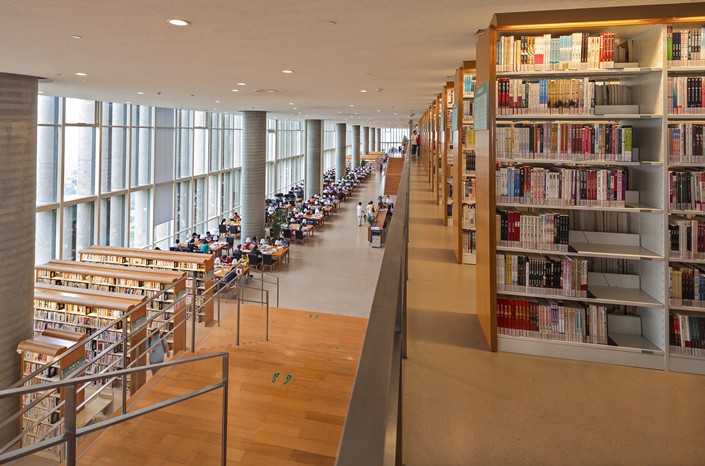 China’s first-ever local government bond for construction at public universities will be used to build libraries, student canteens and other infrastructure. Photo: VCG

The southwestern province of Yunnan plans to issue a five-year 1 billion yuan ($146 million) special-purpose bond whose proceeds will be invested in building campus facilities such as libraries, student dormitories and canteens at two government-funded universities, according to documents posted Saturday on chinabond.com.cn, an official website that provides central registration, depository and settlement services for bond sales.

Special-purpose bonds were introduced in 2015 to support key investment projects while also bringing more transparency to local government debt. The bonds are meant to be repaid with income generated by the projects they invest in and contrast with “general bonds” that are paid back with fiscal revenue.

The Ministry of Finance raised the quota for special bond issuances this year to 1.35 trillion yuan, a 69% jump over the 800 billion yuan allowed in 2017.

The Yunnan government plans to repay the debt from tuition fees, accommodation charges and other income generated by the facilities, according to the documents. The documents issued as part of the new bond sale said the coupon will be decided through a single-price Dutch auction, where buyers submit bids for the bonds. Yunnan government bonds maturing in 2023 are currently trading at a yield of around 3.7%.

The provincial government’s outstanding debt amounted to 674 billion yuan at the end of 2017, an increase of 38.4 billion on 2016. Of the total, outstanding special-purpose bonds fell by 750 million yuan to 197 billion yuan, according to the documents.

China’s leadership has made several statements over the past month about the need to implement a more proactive fiscal policy and speed up infrastructure spending on existing projects. The government has said it will fine-tune policy to counter slowing economic growth and support domestic demand amid fears that escalating trade friction with the U.S. will curb foreign demand for Chinese goods.

A statement (link in Chinese) issued by the State Council, China’s cabinet, after a regular meeting chaired by Premier Li Keqiang on July 23 pledged that the nation will take a more-active fiscal policy posture and accelerate local governments’ special bond issuances for infrastructure projects.

A week later, the Politburo, a key decision-making body comprising the Communist Party’s 25 most senior officials, released a statement (link in Chinese) after a meeting chaired by President Xi Jinping, the party's general secretary, calling for fiscal policy to “play a bigger role in expanding domestic demand and structural reform.” It also told policymakers that monetary policy should “maintain reasonably ample liquidity.”