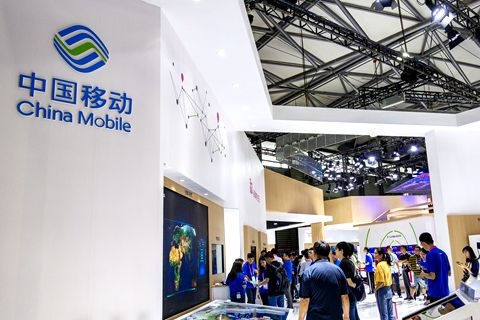 Any spinoffs would involve subsidiaries with independent operations, less connection with the core business and discrete financials, Li said after a briefing in Hong Kong. Both the mainland markets and Hong Kong could be options for the potential listings, he said. But Li ruled out splitting off China Mobile’s Hong Kong subsidiary as doing so would contradict the company’s strategy of integrating its mobile businesses.

China Mobile’s Hong Kong-traded shares rose 1.71% Thursday. Li told Hong Kong media in May that a number of China Mobile subsidiaries have been undervalued by the market.

The company reported lower revenue per customer in the first half. That reflected rising competition in the data service market and pressure from the central government to lower average telecom costs to the public, China Mobile Chairman Shang Bing said.

Spinoffs might involve China Mobile units such as advertising, internet TV, infrastructure, or the online video and content service arm Migu Culture and Technology Co., a telecom analyst said. Separating multiple subsidiaries would be in line with China Mobile’s strategy of shifting to a more asset-light model, according to the analyst.

But China Telecom showed weakened growth momentum as average revenue per user declined to 58.1 yuan from last year’s 62.2 yuan, although the number of users rose 4.5% to 906 million.