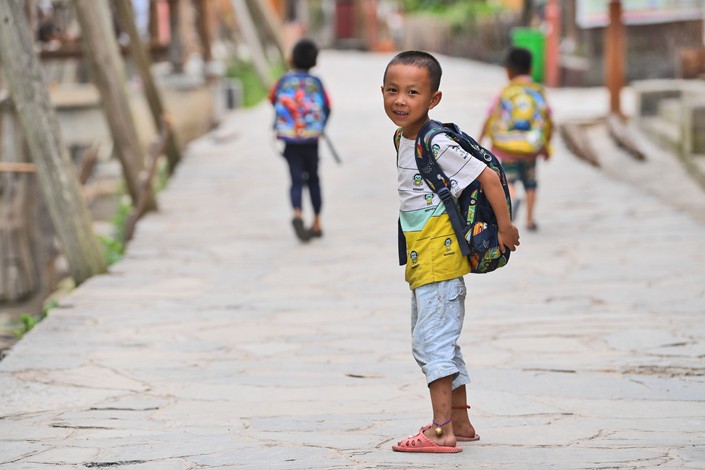 The Tuocheng county government in Henan province’s city of Shangqiu said that it will start collecting “social maintenance fees” from parents who have had three or more children. Photo: IC

A county in rural China is reigniting debate over family planning policies after it announced it will fine parents who have more than two children.

The news appeared at odds with recent trends in China. The country is rapidly aging, and studies have found that Chinese are not having as many babies as the central government had hoped for when it scrapped the one-child policy in 2016. Some couples are even offered financial incentives to have more children.

Yet in a meeting earlier last week, the Tuocheng county government in Henan province said that it will start collecting “social maintenance fees” from parents who have three or more children.

The one-time fees could amount to up to 10 times a couple’s annual income, but they may be justified under the country’s Population and Family Planning Law and other existing policies that limit couples to two children.

Such fines have rarely been imposed in recent years, and have been under growing scrutiny over a lack of transparency in their collection and use.

The Tuocheng government might argue that it is merely following the law by imposing the fees, said Huang Wenzheng, a senior guest researcher with the Center for China and Globalization. But their enforcement would not bode well for China’s demographic challenges, he said.

China’s ruling Communist Party had a one-child policy for four decades until it began allowing two children in 2016. But the relaxation failed to deliver an expected baby boom, as many young couples face fierce competition in the workplace and rising costs of child care.

The number of babies born in China actually dropped by 630,000 in 2017 compared to the year before, to 17.23 million, according to China’s National Bureau of Statistics.

Only 15 million babies are expected to be born in 2018, Huang said, citing his own research.

Tuocheng did not say what prompted it to collect such fines, but a growing number of local governments have seen revenue streams dry up due to China’s slower-growing economy.

Revenue in Tuocheng’s general public budget, a broad measurement of soundness of government finance, grew by only 5% in 2016 and 8% in 2017, down from 13.5% three years ago, according to the county government’s work reports.

Tuocheng could perceive the fines as the last windfall before complete abolition of birth restrictions in China, a move seen as increasingly imminent, several analysts told Caixin.