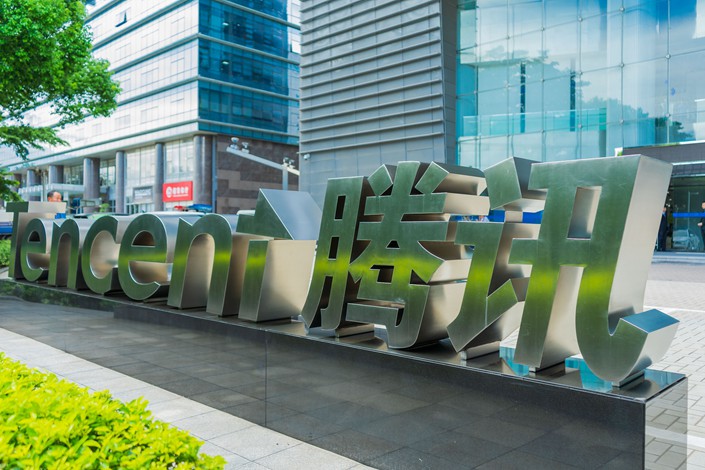 Chinese tech stocks were dragged down by Tencent's decline, from its entertainment peers to e-commerce firms. Photo: VCG

Shares of internet giant Tencent Holdings Ltd. fell 3% in morning trade in Hong Kong after the company reported a rare drop in quarterly profit, extending a slide that has wiped nearly $50 billion in market value from the company this week.

Tencent’s shares have been under pressure for most of this week, after the company was forced to pull a popular new game from its online platform just days after the title’s release. That move drew attention to a bigger regulatory freeze on approval of all new game titles in China since March, which has put a chill on the broader industry. https://www.caixinglobal.com/2018-08-14/tencent-gets-regulatory-rebuke-over-hit-game-101314962.html

The freeze’s impact was apparent in Tencent’s latest quarterly results that were released after markets closed on Wednesday. The company reported its first quarterly profit drop in more than a decade for the three months through June, as investment gains slid and the government’s scrutiny of the gaming business weighed on the company.

Tencent’s shares have now fallen about 12% this week. They are down around 30% since the start of the year, following a years-long run-up that propelled it into the world’s top 10 largest publicly traded companies in April 2017.

The sell-off dragged down many other Chinese internet stocks as well, especially ones from the entertainment space.

The sell-off also affected other non-entertainment internet companies. E-commerce giant JD.com Inc. lost 4.5% in Wednesday trade. Smaller bargain-specialist Pinduoduo Inc., which has become embroiled in a recent spate of negative news due to fake products being sold on its site, lost 6.8%.