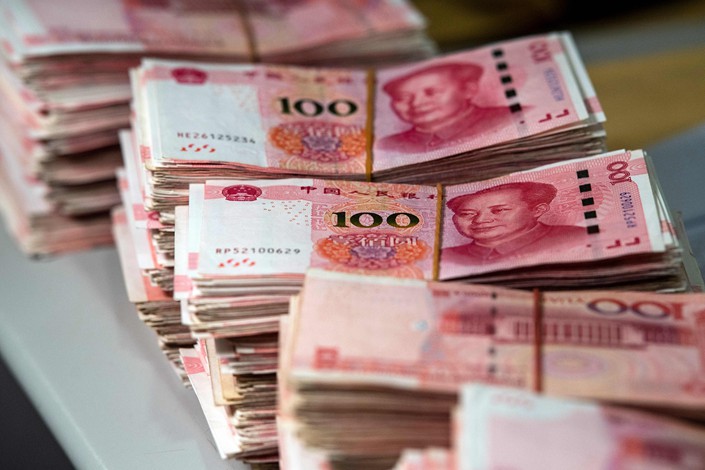 Classifying local government bonds as 'risk-free' will make them more attractive to banks, as they will no longer affect the banks' capital adequacy ratio. Photo: VCG

China is planning to encourage banks to increase their holdings of local government bonds by giving the debt risk-free status, state media reported on Tuesday, a move that could boost demand for a flood of sales set to hit the market by the end of October.

The country’s banking regulator is expected to reduce the risk weighting of banks’ local government bond holdings to zero from the current 20%, the China Securities Journal reported, citing multiple unnamed sources with knowledge of the matter.

The move will make it more attractive for banks to buy the debt because it won't affect their capital adequacy ratio (CAR), a key measure of a lender's ability to absorb potential losses and to protect depositors. Banks are the biggest investors in local government bonds, and hold 80% of the outstanding debt, the report quoted an unnamed bond trader with a private fund as saying.

The regulator's proposal follows a pledge by the State Council in July to implement a more proactive fiscal policy and encourage local governments to accelerate their bond issuance. The Ministry of Finance, which in March gave local governments a 1.35 trillion yuan ($196 billion) quota for special-purpose bond issuance in 2018, last week ordered them to use up nearly all their allocation by the end of October.

China follows international standards for banks' CAR although it has some discretion over how different financial instruments count in the calculations.

CAR is expressed as a percentage of a bank's total assets, and is determined by adding up the different types of qualified capital and dividing the total by its assets, which are given different weightings according to their risk exposure.

So assets that carry lower risk-weightings are more attractive to banks because they have a lesser impact on their CAR.

Currently, China only applies a zero risk weighting to the highest quality assets — cash and cash equivalents; Chinese sovereign, central bank, or policy bank debt; foreign sovereign or central bank debt with credit ratings above AA-; credit of multilateral development banks, Bank for International Settlements and the International Monetary Fund; and certain bonds issued by asset management companies owned by the central government, according to the Administrative Measures for the Capital of Commercial Banks (link in Chinese), which took effect on a trial basis from 2013.

The government is pushing local authorities to spend money to shore up growth as the economy faces softening demand and growing uncertainty over exports amid a trade dispute with the U.S.

The economy showed further signs of cooling in July as growth in fixed-asset investment excluding rural households weakened to a fresh record low in the first seven months of the year, while retail sales rose at the slowest pace since 2003. State investment, which is included in the overall fixed-asset investment numbers, expanded just 1.5% in the January-July period, the lowest reading since the data series began in February 2004 and sharply weaker than the 11.7% increase seen in the same period last year.

In addition to speeding up local government bond sales, the government is also restarting approvals for investment projects. The National Development and Reform Commission (NDRC), China’s top economic planning agency, approved urban railway plans worth dozens of billions of yuan over the past month after halting such deals a year ago amid concerns about local government debt and spending on nonviable infrastructure projects.

Ning Jizhe, the head of the National Bureau of Statistics and a vice chairman of the NDRC, said in an interview with Bloomberg Television broadcast on Tuesday that the country’s economic growth this year will probably exceed the target set by the government of about 6.5%.

“We’re still going to depend on infrastructure to stabilize investment and fix the weak links, which will require a joint effort by the state, the private sector and foreign businesses,” he was quoted as saying.