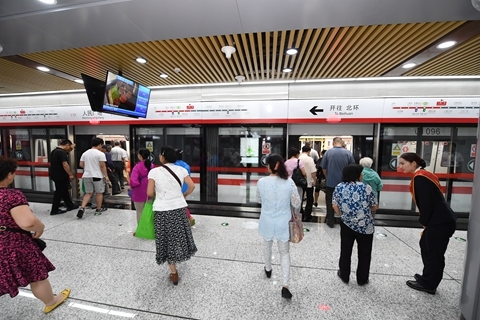 China’s state planner gave a green light to an urban rail project in the northern city of Changchun, indicating a resumption of urban rail construction review that has been suspended about a year amid local government debt concerns.

The Changchun project won construction clearance in late July from the National Development and Reform Commission, the Jilin provincial government said Friday. It was the first such approval since Beijing ordered a halt in urban rail projects a year ago.

The approval of the 78.7 billion yuan ($11.45 billion) urban light-rail and subway project in the capital city of the northern Jilin province came amid concerns about slowing economic growth that prompted the top leadership to resume encouraging infrastructure spending.

The central government had halted the construction of subways and light rail systems in some Chinese cities since last August to rein in heavy borrowing to fund the projects. No new projects had been approved since a multi-billion dollar subway project was called off in the northern city of Baotou in Inner Mongolia last year.

Several cities have restarted their applications for urban rail projects and revised construction plans in accordance with the new regulations.

Chengdu, the capital of the southwest Sichuan province, is seeking approval for nine new urban rail lines, according to the city’s transportation commission. In a 2016 planning report, the city had planned to build 15 urban rail lines.

Wuhan, the capital of the central Hubei province, has also scaled back its urban rail plans and submitted its applications.

In the Changchun project, the government would invest 40% of the funds and the rest would be provided by bank loans, according to the Jilin Development and Reform Commission.