By Wu Hongyuran and Bonnie Cao 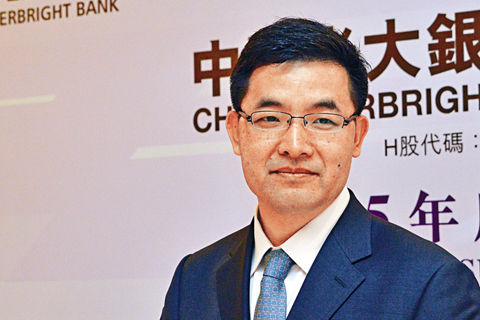 Zhang Jinliang, a veteran banker and former president of Everbright Bank, will become the new chairman of the Postal Savings Bank (PSB) of China, one of the country’s biggest state lenders, Caixin learned.

Zhang, 49, former director of Everbright Group and president of subsidiary Everbright Bank, was appointed Monday as a director and general manager of China Post Group, parent of PSB. According to tradition, Zhang will also assume the position of PSB chairman.

The post has been vacant since July after former Chairman Li Guohua was transferred to become the general manager of China Unicom, one of the largest state-owned telecom companies. Caixin learned that the ruling Communist Party’s Organization Department, which oversees official and state company executive appointments, completed Zhang’s review in late July.

The PSB, which raised $7.4 billion through an initial public offering in Hong Kong in September 2016, is one of the country’s top 10 banks by assets and has some 500 million customers. It primarily serves individuals and small businesses in rural and suburban China, and with around 40,000 outlets has the biggest network of any bank on the mainland.

Zhang faces tough challenges at PSB in the wake of a series of scandals. He has a deep background in bank risk management and compliance.

The state-owned bank has been severely punished by regulators over the scandals. In January, China’s banking regulator fined PSB 90.5 million yuan ($620,000) over a massive fraud involving the sale of 3 billion yuan of wealth management products by one of its sub-branches to raise money to repay forged discounted bills of exchange.

“PSB has its unique advantages of many branches, sufficient deposit sources, and a relatively clean balance sheet, but too many branches may become liabilities,” said a senior financial expert, who warned the PSB about corporate governance.

As a banking veteran, Zhang is known for his professionalism and affinity in the banking industry.

“Professional, well educated, and experienced,” a senior executive of a major Chinese bank said of Zhang.

Zhang, holder of a Ph.D. in economics from Xiamen University, worked in different roles at the Bank of China for nearly 20 years after graduation and was appointed vice president of the bank in 2014, in charge of risk and compliance.

“He understands the business and policies both very well,” said one of Zhang’s subordinates at Bank of China.

In January 2016, Zhang was named president of Everbright Bank, one of China's largest joint-stock commercial banks. During his tenure, the bank improved significantly in risk management.