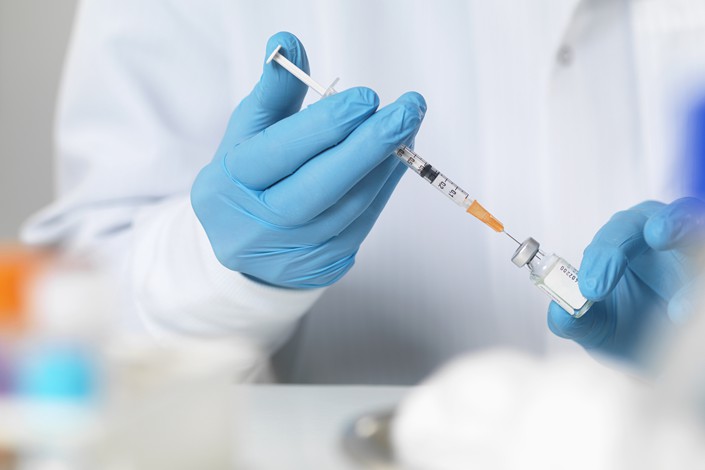 American pharmaceutical giant Bristol-Myers Squibb Co. (BMS) has halved the price of a key cancer drug for the China market, but professionals said the drug might play only a limited role in one of the world’s largest markets.

This is around half of the U.S. price, and lower than in markets including Japan, South Korea and Hong Kong. Slashing prices is a common strategy for foreign drugmakers entering a lower-income market.

This means that a monthly course of treatment for a 60-kilogram (132-pound) patient will cost 36,884 yuan a month. The cost for heavier patients will be higher.

This will render the drug unaffordable for many, as the average annual disposable income last year was just 25,974 yuan and it is not yet covered by government-backed medical insurance plans. In response to this, BMS is working on a patient assistance program under which patients who pay for five months of injections will get the next six months of Opidivo for free, Caixin has learned.

Opidivo belongs to a group of cutting-edge cancer drugs known as PD-1 inhibitors, which activate the patient’s own immune system to destroy cancer cells. Five such drugs are now available worldwide.

In July, Merck Sharp & Dohme Corp. became the second company to win approval to sell its PD-1 inhibitor in China. Keytruda is used to treat melanoma, a skin cancer, and the launch is underway. Sources close to the company previously told Caixin that Keytruda’s price is expected to be halved for the China market as well, at around 41,000 yuan per month.

Opidivo has been classified as a “second-tier treatment” by China’s drug regulator, which means it can be prescribed only to lung cancer patients for whom chemotherapy has been ineffective, and as a consequence, it will have a limited impact on the market, a pharmaceutical professional told Beijing.

On the other hand, Keytruda is a first-tier drug that can be prescribed to anyone diagnosed with a melanoma. However, there are just 20,000 new melanoma cases in China annually, while there are 580,000 of the specific type of lung cancer Opidivo treats, according to the Chinese Society of Clinical Oncology and the Chinese Journal of Lung Cancer.

The drug professional added that BMS’ buy-five-get-six-free program might not cost the company much money, as few patients for whom chemotherapy is ineffective are likely to both get good results from Opidivo and live for more than five months.

Although PD-1 inhibitors have worked well in some clinical trials, some oncologists have questioned their overall effectiveness, as they cure only 10% to 30% of patients with certain types of cancer. Some studies also show that the drugs can cause side effects such as fever, dizziness and even enteritis, an inflammation of the intestine.

Another disadvantage of PD-1 inhibitors is that patients need to wait two to four months before they take effect, “which means that many people may abandon the treatment soon due to the high cost and low efficiency,” a doctor who deals with non-small cell lung cancer, which Opidivo targets, told Caixin.