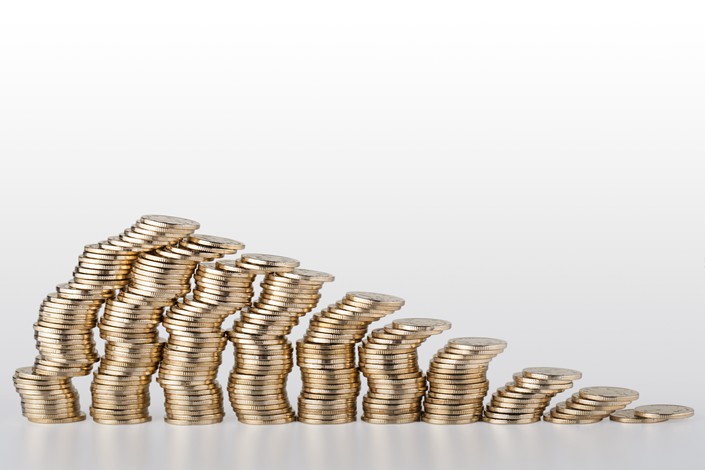 Online peer-to-peer (P2P) lending was once touted as a way to transform finance, making it more efficient and allowing less advanced economies to leapfrog the United States. No one embraced it more than China, which boasts the world’s largest P2P lending sector. But after granting trillions of yuan in loans funded by over 4 million individual investors, the sector is facing a crisis. Stories of lost life savings and desperate protests for government assistance are a sobering reminder of the risks lurking behind potentially transformative financial innovations.

Starting in 2006-07, these online platforms in China connected individuals looking to borrow money with those willing to invest in those loans directly, rather than routing funds through the traditional cast of financial intermediaries. The model took off in China in 2013 amid a massive boom in Internet-enabled finance. Though the industry has proven remarkably resilient, the optimists have had to revise their expectations down continually. Scandals in the sector in the United States put a dent in its reputation among Americans. In China, two-thirds of all P2P lenders, 3,500 strong at their peak in November 2015, have already failed, but these failures have reduced operating platforms only gradually, without leading to any panic. At least two multibillion-dollar Ponzi schemes masquerading as P2P lenders and many more smaller frauds have run off with investor funds or squandered their money on bad investments since the end of 2014. China’s banking regulator issued a set of restrictive rules in August 2016 and has been engaged in a “rectification campaign” to kick out bad actors. Yet P2P lending never skipped a beat, registering 43% growth in outstanding loans in the 12 months prior to the end of June 2018.

But the outlook has suddenly darkened. A total of 15% of operating P2P platforms have run into serious trouble since June 1. Active investor numbers fell around 20% in July. Outstanding loans plummeted for the first time since the boom began, from over 1.3 trillion yuan ($187.9 billion) in June to under 1 trillion yuan in July; and investors are panicking. The long-overdue shakeout of risky platforms will spare a few stronger ones that will play a critical role long into the future, providing loans to those otherwise without access to credit and high-yielding investments for those who can stomach the risk.

The spike in failing platforms is evidence that regulators have to a large extent failed to ensure that P2P lending platforms are “information intermediaries” and not financial intermediaries that carry and spread financial risk. Many so-called P2P platforms were either frauds from the start or operated as illegal underground banks. Unlike a bank — which pools depositor funds borrowed short term, lends these funds long term, and has an obligation to pay back depositors itself even if loans go bad — true online peer-to-peer lending occurs when a platform simply matches borrowers and lenders over the Internet.

True P2P lending means lenders are only paid if and when borrowers repay the loans. For example, investments in a 12-month loan cannot be withdrawn after three months if the investor panics, because it is not yet due, and the lender cannot ask the platform for reimbursement if the borrower stops making payments. A “run” on P2P platforms that precipitates its failure should therefore not be possible. These attributes are critical in distinguishing a P2P platform from a bank. The credit risk and maturity mismatch of bank loans means they tend to be more strictly regulated.

Sadly, a “run” on P2P platforms is happening anyway. In practice, P2P platforms in China provide guarantees, meaning that investors get no hint that risk is piling up until suddenly the platform cannot meet its obligations and goes offline. These platforms also issue wealth management–type products that have maturity mismatches, putting them at the risk of a run if spooked investors pull out their investments. The China Banking Regulatory Commission (CBRC) issued rules in August 2016 making these practices illegal, but the turmoil over the last two months indicates that numerous platforms have ignored them.

A senior central government official described P2P lending to me in 2015 as a game of hot potato no regulator wants to be responsible for. The CBRC, which only had two or three full-time staff working on deciding how to regulate thousands of complex platforms, was tasked with drafting rules, and any local government where a platform is registered was to implement the rules and supervise.

Two critical issues resulting from this arrangement have contributed to the current debacle. First, municipal or provincial governments cannot effectively oversee lending operations that fund projects all over China. The second and probably the most important is that localities formed symbiotic relationships with P2P platforms, which could direct loans to government-linked projects. Shutting them down would cut off the flow of funds. I once visited a P2P lender backed by a local government who openly told me that their loans went to government projects that banks would not fund. The supposedly independent company that guaranteed the loans also happened to occupy the same offices as the P2P platform, which were also owned by the government.

Origins of the crisis

The current panic is most likely due to a combination of investor jitters and regulatory action. The head of the China Banking and Insurance Regulatory Commission (CBIRC), Guo Shuqing, issued a public warning to Chinese investors in mid-June. He went far beyond vague words of caution to give concrete figures and a stern warning: Prepare to lose your money if an investment promises 10% returns or more. People until then believed the government would save them if P2P investments failed. They had equated Premier Li Keqiang’s “Internet Plus” initiative with an endorsement of P2P, pervasive guarantees throughout China’s financial system desensitized many to risk, close relationships between P2P companies and local governments suggested state support, and P2P advertising often emphasized links to the state or state-owned companies. But Guo’s comments made it seem less likely that the government would rescue P2P investors.

A regulatory campaign to ensure compliance was extended another two years in July, but it is too early to tell whether regulators have finally toughened their approach and begun to shut down noncompliant platforms, knowing that strict implementation of existing rules would lead to large-scale failures.

As new platforms have failed or gone offline in increasing numbers, investors who lost their life savings have been left in the dark. Many have blamed local governments, leading to a planned demonstration on Aug. 6 in front of the CBIRC head office. However, the state security apparatus sprang into action to thwart the protest, rounding up demonstrators and preventing others from traveling to Beijing. It was the kind of swift action that, had it been applied to lawbreaking P2P platforms a few years ago, might have kept the number of fraud cases and the inevitable clean-up costs much lower. But even if authorities can prevent protests, defrauded investors’ simmering anger is sure to last.

Authorities belatedly announced 10 measures to counter online lending risk on Aug. 12, but these mostly amount to exhorting local regulators to implement existing rules with more enthusiasm. Nevertheless, positive steps include a freeze on approvals for new online lenders and enabling investors to more easily register claims on defunct platforms. Authorities spooked by the unrest and overloaded with investor claims are also enlisting the aid of state companies that specialize in bad loans, though pervasive fraud and lack of collateral in P2P loans will complicate their efforts.

No end in sight

The 268 platforms that have suspended withdrawals, seen executive run off, or come under investigation since June are only the beginning of a long overdue P2P consolidation. Of the 1,600 platforms operating today, I predicted last October that only a few dozen will survive in the medium term. Even legally compliant platforms without maturity mismatches will face grave trouble as the industry shrinks for the first time. Tang Ning, the founder of one of the most successful online lenders, has warned of a “winter” in which “all companies will be hit.”

Defaults have long been artificially low because cash-strapped borrowers could easily find another platform among thousands to lend them money to pay back previous loans. I suspect those days are over, now that new loans will be harder to come by, just as American homeowners in 2008 took out mortgages they expected to refinance, only to find themselves unable to pay when new credit dried up.

The risk to social stability posed by noncompliant platforms is now abundantly clear to Beijing, though the risk to the economy from even widespread P2P failure is minimal. Outstanding P2P loans add up to less than 1% of total bank loans, only a tiny proportion of the Chinese population has invested in P2P loans, and previous multibillion yuan P2P failures did not cause any broader financial instability.

Short-term pain now is necessary to avoid having to deal with instability in an even larger P2P sector in the future. Chinese authorities should move quickly to implement existing rules, which will require centralized supervision of at least the largest P2P platforms. But the greater systemic problem is how to provide Chinese savers with more options for productive investment channels and how to ensure that borrowers currently reliant on P2P, like many small and midsize companies, can maintain access to badly needed finance.

Martin Chorzempa is a research fellow at the Peterson Institute for International Economics. He conducted research on financial liberalization in Beijing, first as a Luce Scholar at Peking University’s China Center for Economic Research and then at the China Finance 40 Forum, China’s leading independent think tank. In 2017, he graduated from the Harvard Kennedy School of Government.