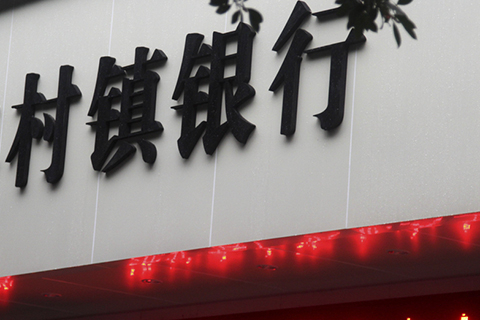 Rural banks have thrived across China since 2007 as part of the government’s plan to promote financial inclusion. Photo: VCG

Bank of China, also one of the big four, bought the 27 rural banks for 1.6 billion yuan ($240 million), offering a slight premium on the listing price of 1.57 billion yuan.

Rural banks, with business mainly covering villages or townships, have thrived across China since 2007 as part of Chinese government’s plan to promote financial inclusion. Since then, CCB invested a total of 1.4 billion in creating the 27 rural banks.

CCB listed the 27 rural banks on the Beijing Financial Assets Exchange in late June seeking potential bidders. It stipulated that the buyer would have to acquire the 27 banks all together. The seller also set 13 additional buyer requirements, such as total assets of no less than 1 trillion yuan and ownership of at least 20 rural banks as of June 30, 2017. The requirements made BOC the only eligible potential buyer.

In 2011, BOC set up a joint venture with Fullerton Financial Holdings, owned by the Singapore state investment firm Temasek, to establish a network of rural banks in China.

As of the end of 2017, BOC Fullerton had 97 rural banks, including the 15 banks acquired from China Development Bank, with a total net profit of 457 million yuan in 2017.

Rural banks’ profitability could vary significantly. Among the 15 banks bought from China Development Bank, eight had net losses in 2016. Caixin has learned that some profitable rural banks could have an annual return on equity as high as 30%.

BOC Fullerton Chairman Wang Xiaoming told Caixin that the company has patience with the development of rural banks.

“Bank of China doesn’t expect the rural banks to provide an immediate return,” Wang said. He said he expected the acquisition to hurt the parent bank’s financial results, but “the parent is big enough to absorb.”