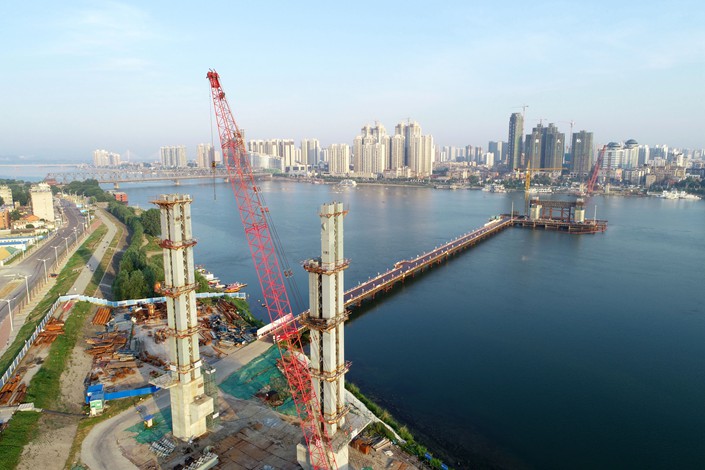 Despite Beijing’s long-running efforts to tighten control of local government borrowing, many cash-strapped local governments have continued to build up debt in illicit and opaque ways.

In some provinces, the scale of invisible debt was many times higher than liabilities on the books, documents released by local governments showed.

During the last three months of 2017, six local governments were found to have taken on a combined 15.4 billion yuan ($2.45 billion) of debt in violation of various regulations that control local-authority borrowing, according to a report released in April by the National Audit Office, which tracks the implementation and enforcement of major government policies.

For example, one local government financing vehicle (LGFV) in Shaoyang in the central province of Hunan, used public assets, such as roads and drainage systems, as collateral to borrow more than 7.3 billion yuan from banks and other financial institutions, even though using state assets as collateral is prohibited under Ministry of Finance regulations.

President Xi Jinping has said that local government debt, especially hidden debt, is one of the main financial risks to be addressed. In July 2017, at the National Financial Work Conference, a key meeting convened every five years, Xi vowed to hold officials accountable for defying the rules. The new rules specify the accountability of officials responsible for off-balance sheet borrowings.

Officials accountable for any violations include local party leaders and government officials as well as executives of state-owned enterprises, financial institutions and intermediaries.

Since then, officials at 12 provincial and municipal governments and executives of related state-owned enterprises had been held accountable through the end of July.

In some cases, accounting and law firms involved in illicit debt arrangements were also held accountable.

Some local authorities have recently set a timetable to significantly reduce off-balance sheet debt within five to 10 years.

A researcher close to policymakers told Caixin that the new accountability rules should play a significant role in restricting the behavior of local governments and financial institutions. He said local governments’ attitudes toward investment and debt issuance have changed since the draft of the accountability rules was circulated earlier this year.