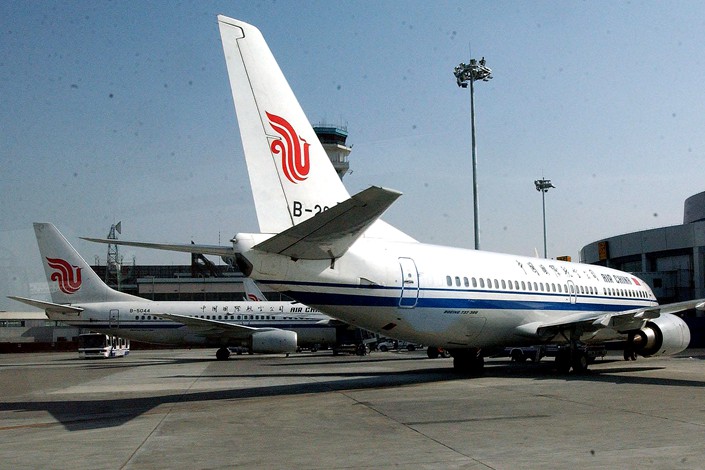 Rising fuel costs and ongoing pressure on the Chinese currency are expected to further squeeze China’s top three airlines, as they reported sluggish performances in the first half of this year.

The airlines all cited a jump in crude oil prices and a depreciating Chinese yuan as the primary factors that ate into their incomes. The cost of jet fuel accounted for nearly 30% for Air China’s 60 billion yuan in operating expenses for the period, compared with just 25% a year earlier.

The price of global benchmark Brent crude has risen from around $54 per barrel on average last year to $71 per barrel for the first half of the year, according to statista.com, a market and consumer data provider.

The three airlines make most of their revenue from their domestic market. But they pay most of their expenses, including new aircraft purchases, in dollars, making them vulnerable to fluctuations in exchange rates. China’s yuan has dropped by more than 5% against the U.S. dollar over the last few months, raising the costs the airlines must pay for dollar-denominated purchases.

China’s air transportation market has been booming over the last few years, fueled by growing demand for services from the country’s rising middle class. That growth helped all three companies post double-digit revenue growth in the first half of the year.

Looking forward, the airlines’ growth prospects could be bolstered by the government’s recent liberalization policy, giving companies more freedom to set their own prices on some of the country’s busiest air routes, such as between Beijing and Shanghai. But analysts said it is still unclear how much benefit they will get.

“With Beijing traditionally calling the pricing shots, this is arguably new and unchartered territory for many Chinese airlines,” said Saj Ahmad of StrategicAero Research, a European-based consultancy, “So it’s difficult to gauge how exactly airlines will fare when pitted against other domestic rivals without alienating passengers.”

But all three airlines cautioned they will also face headwinds for the rest of the year from the continued risk of high jet fuel prices and exchange rates.

“Although the company has adopted various fuel saving measures to control the unit fuel cost and decrease the fuel consumption volume, provided there is significant fluctuation in the international oil prices, the operating results of the company may be significantly affected,” China Southern warned in its report.