Huawei Wants U.S. Government to Explain ‘Restrictions’ Placed on It 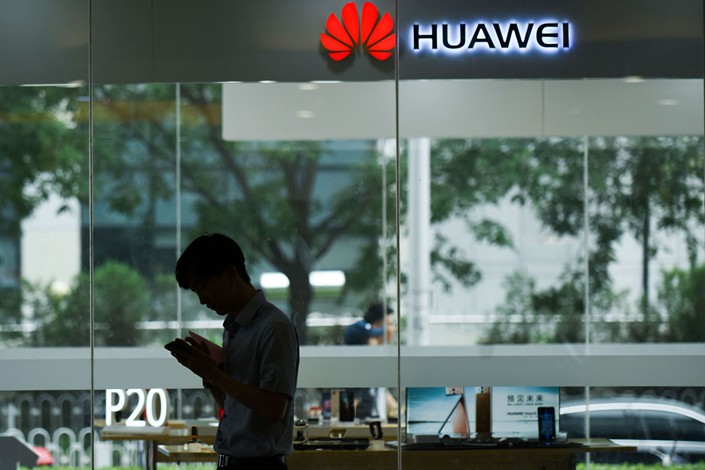 (Beijing) — Huawei Technologies Co. Ltd. has confirmed with Caixin that it has requested a hearing with U.S. authorities to discuss rules that forbid local firms and the military from purchasing its equipment on national security grounds.

“Huawei has requested a hearing with the Federal Trade Commission (FTC) to gather explanations on a series of restrictions and measures imposed on the company,” the world’s largest telecom-equipment maker said in a statement Friday. “This is to seek a full understanding on the impact of such moves on Huawei and the industry.”

The confirmation came after media reports this week said Huawei had filed a hearing request to the FTC, which protects consumers and industries from unfair competition.

Huawei didn’t say when the hearing will take place, or even whether it will happen at all.

The company has been virtually shut out of the U.S. market, with Washington long advising mobile carriers and the military against using its equipment as it allegedly poses security risks to their network infrastructure.

It took a another hit last week after Australia, another market that views Huawei as a threat due to its alleged links to the Chinese government and military, said it was banning Huawei and its smaller hometown peer, ZTE Corp., from bidding to supply to the country’s critical 5G high-speed mobile networks.

“Over the past few months, the U.S. has imposed a series of restrictions and measures on Huawei based on unfounded national security concerns,” the statement said. “This will undermine the digital economy prospects of the U.S. and damage the legitimate rights of consumers and the industry to obtaining the best technologies at reasonable costs, hindering the industry’s overall progress.”

It stressed that the FTC has a mandate to protect consumers and industries, and therefore it may be able to block legislation that places restrictions on Huawei sales.

The headwinds in the U.S. and Australia come as Japan is also mulling a ban on ZTE and Huawei equipment being deployed in government systems for security reasons, the Japanese business newspaper Sankei Shimbun reported on Sunday.

Huawei said Friday that Japan has not imposed such a measure, citing the response from China’s Foreign Ministry during a media briefing session this week.