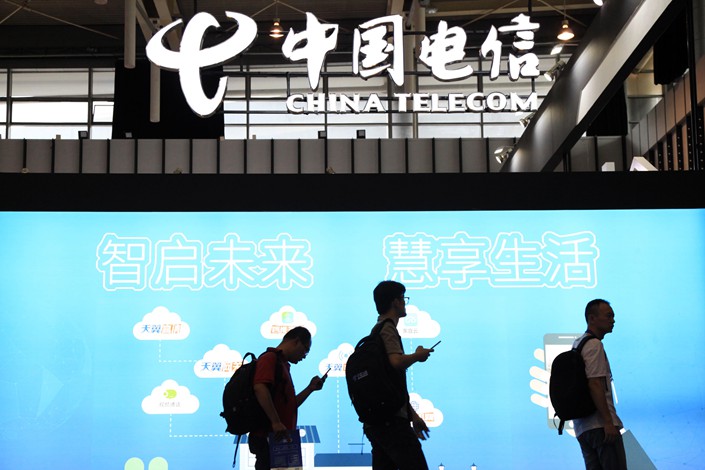 China Unicom, one of the nation’s three mobile carriers, said on Wednesday it has not been notified of any plan that would see it merge with similar-sized rival China Telecom, following increasing speculation about such a plan.

Growing signals have come from Beijing that such a merger could be afoot, which would consolidate China’s field of three wireless carriers to just two. Even so, dominant carrier China Mobile would maintain its position as leader with about 60% of the market, while a combined Unicom and China Telecom would have the remaining 40%.

Unlike other countries where markets determine consolidation, such moves in China’s telecom sector are dictated by the central government, which holds controlling stakes in all three carriers. Beijing orchestrated a similar consolidation in 2008 when it reduced the number of carriers to the three at present from a previous four by combining two companies to create the current Unicom.

Observers say the telecoms regulator may be pushing for more consolidation to save money and create greater economies of scale for upcoming next-generation 5G wireless services. Such a move would save billions of dollars by requiring the country to only build two new networks instead of three.

Talk of a new merger gained momentum on Tuesday when financial news provider Bloomberg reported that central officials were reviewing a potential plan to merge Unicom and China Telecom. Shares of Unicom and Telecom both rose sharply on the news on Tuesday, gaining 5.9% and 4%, respectively. But they gave back some of the gains on Wednesday.

“The company has not received any notification on this regard from the relevant regulatory authorities,” a Unicom spokesman said when asked about any potential merger plan.

Before the Bloomberg report, the latest signal of a potential merger had come in July, when Unicom and Telecom announced a series of top executive moves simultaneously. A series of similar moves preceded the 2008 consolidation. Such movement of top officials between major state-owned corporations is relatively common in China since all count various central government agencies as their controlling shareholders. But a series of concurrent moves at the top can also sometimes hint at broader upcoming restructurings.

Any potential restructuring would also come as Unicom itself undergoes a centrally-mandated shake-up to make it more commercial. One plank of that drive has included bringing in private strategic investors under a mixed-ownership reform pilot program. The other has seen Unicom cut both its headcount and bureaucracy in a bid to become leaner and more efficient.