Opinion: Onus Falls on Africa to Capitalize on Chinese Money 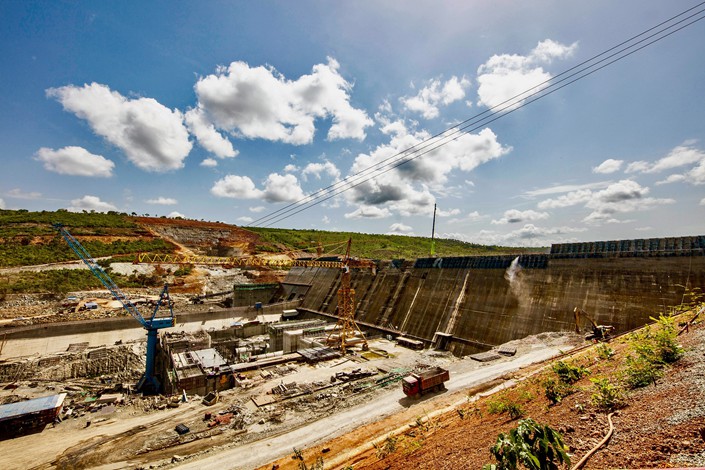 China’s promise of $60 billion in financing to Africa will likely dominate most headlines on the recently concluded Forum on China-Africa Cooperation (FOCAC). The figure is substantial, matching China’s pledge at the previous summit in Johannesburg three years ago.

Of the total amount of financing pledged, around three-quarters appears to be earmarked in the form of loans. Extrapolating from past experience, the likelihood is that most of these loans will be allocated to infrastructure projects on the African continent that are managed by Chinese firms using Chinese products.

Such projects are needed to help Africa realise its massive growth potential. Without Chinese financing, expertise and technology, it will be difficult for Africa to significantly trim down its sizeable infrastructure deficit. However, despite President Xi’s pledge at FOCAC to forgive interest-free government loans to least-developed African countries, there are already concerns about the debt-servicing ability of many African nations.

It could be argued that taking on such loans for infrastructure development before the continent has grown its industrial base is akin to putting the cart before the horse. Worse, without a framework in place to ensure African nations can fully capitalise on supportive infrastructure by attracting offsetting financial flows through increased exports and foreign investment to sustainably pay back such loans, they could become a saddle on the back of African nations.

A byword of this FOCAC was win-win cooperation. True to this principle, China also spelled out ways in which it will provide Africa with the reins to foster its own growth.

Aside from the $45 billion in loans, the country has earmarked another $5 billion towards a special fund to finance imports from Africa and another $10 billion to encourage Chinese companies to invest in Africa. Further, Xi announced a range of initiatives that, albeit less headline-grabbing, have the potential to significantly contribute to the continent’s development — both through actively encouraging Chinese companies to buy African products and invest in Africa and through cooperation with the continent to improve its environment to organically attract such revenues. The latter could be the most important for Africa’s long-term development.

These initiatives, which include programmes to support capacity-building, industrial promotion and trade facilitation, are welcome in Africa and have the potential to go a long way towards attracting greater investment levels in China. At the moment, China’s policy banks, state-owned enterprises and private firms are already doing most of the rights things — and what can realistically be expected — in terms of supporting trade, funding and building infrastructure. They are also making direct investments when the commercial logic is compelling. But this is the key point. Africa must create a compelling business environment to attract Chinese investment. It cannot solely rely on government-to-government pledges. Frankly, the responsibility should be largely on Africa to continue to make itself a more attractive destination.

Largely thanks to FOCAC, China has become Africa’s largest trade partner. Last year, Africa sold $75 billion worth of commodities, goods and services to China, while China sold $94 billion in exports to Africa. There are two ways of seeing this.

First — and more importantly — these trade flows should be seen as testament to rapid growth in both Africa and China and as creating welfare improvements for both African and Chinese people.

Second, these figures represent a trade deficit. A trade deficit is not an emergency or a crisis. Countries can comfortably run trade deficits for decades if they are able to attract offsetting revenues — and measures intended to correct trade deficits are often counterproductive. However, in the long run, trade deficits indicate a lack of competitiveness and could ultimately become unsustainable if the ability to service debt becomes too strained.

This brings us back to the win-win proposition. China’s outlined initiatives and financing pledges at FOCAC offer welcome support, but the onus needs to be on Africa to grasp this opportunity to bring China-Africa trade more into balance and promote more direct investment. There are three steps Africa could take to do this.

First — and easiest — Africa should extend visa-free travel for Chinese tourists. Chinese people are now the world’s largest spenders on tourism; and Africa’s extraordinary natural beauty and rich cultures have much to offer. Already approximately 10% of China’s overseas tourism is to Africa, up from 2.8% a decade ago. The benefits would be felt quickly. When Tunisia and Morocco last year lifted visa requirements for Chinese citizens, Chinese arrivals to the two countries expanded 240% and 378% year-on-year, respectively.

Second, Africa should continue to build its institutions of economic policymaking and governance to improve its business environments and accelerate regional integration in order to encourage Chinese investment. This is certainly a win-win opportunity. Africa needs more investment in job-intensive manufacturing in order to be more competitive; and China needs to find new markets in which to undertake such manufacturing.

The continent has already recently made good progress in these respects. In the last two years, African countries collectively undertook more than 80 business climate red-tape cutting reforms. Encouraging progress also continues to be made on freer trade, with 49 countries this year signing the African Continental Free Trade Agreement.

South African President Cyril Ramaphosa has said that Africa’s engagement with FOCAC should be strategic. This implies that emphasis should not be laid on financing support but on supplementing this with work to build a lasting capacity to develop — and consistently implement — high-quality fiscal, monetary, industrial and human development policy. Xi’s commitment at FOCAC to train many thousands of young Africans in China offers an immense leg up in this regard. Africa needs to grasp this opportunity. Such institution-building will not only be of great benefit to Africa’s people and attract yet further direct investment, it will be important to demonstrate that African can articulate its own requirements and truly shape its own destiny.

Third, African businesses should take full advantage of the supportive framework being offered at FOCAC to make more direct investment in China in order to return profits and know-how to Africa. China is the world’s most dynamic market; and Africa is bursting with entrepreneurial energy.

For instance, African businesspeople should attend the new China-Africa economic and trade expo that was announced at FOCAC with their minds focussed not only on trade but also on engaging with Chinese business to identify investments in China.

Xi, Ramaphosa and Rwandan President Paul Kagame all emphasised that the fundamental point of FOCAC is to promote people-led, people-centred, sustainable development. The onus certainly needs to be on Africa to take advantage of the initiatives laid out at FOCAC to create an environment to foster greater Chinese investment and imports, but it is by Chinese and African businesses working together that most can be achieved. Standard Bank’s own relationship with ICBC has informed us about the deep potential value of such China-Africa business partnerships.

The greatest legacy of FOCAC may therefore not be the initiatives or pledges but instead the business-to-business exchanges that the forum encourages. It is not a mistake in design that, practically speaking, three-quarters of the time at FOCAC was spent discussing trade and investment and in providing opportunities for businesses to meet and exchange ideas. Africa and China are now inextricably tied and both need each other. Ultimately, it is through courageously endeavouring to work more closely together and share and develop each other’s skills that businesses can develop the necessary local knowledge and long-term confidence to capture the many sustainable trade and investment opportunities on both sides and further solidify this important South-South relationship for the mutual development of both partners.