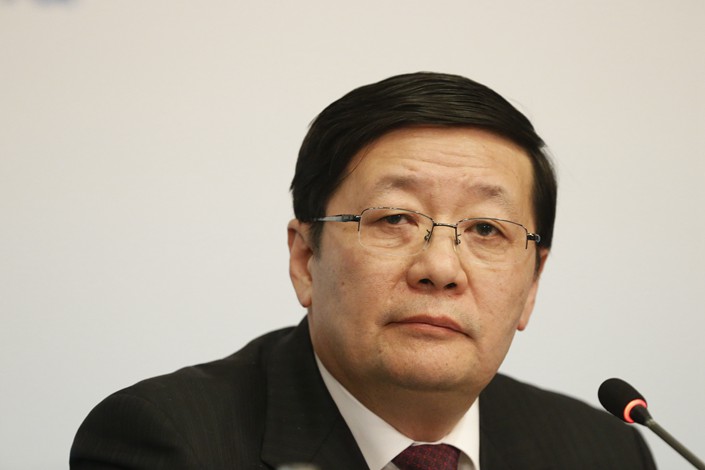 * Lou emphasized at forum that he was only offering an analysis of a possible scenario, and his views do not represent those of the Chinese government

* The U.S. could create an alternative supply chain, but that would take three to five years, he said

(Beijing) — China could respond to U.S. tariffs by banning exports of key components, intermediate materials and equipment that U.S. manufacturers depend on, former Finance Minister Lou Jiwei suggested at a forum.

There are plenty of products to choose from, Lou said at the China Development Forum Special Session in Beijing on Sunday. China could select products that the U.S. initially considered taxing but later took off its tariff list. These are the products that form the basis of the U.S.’ high-value-added manufacturing sector.

Lou, current chair of the National Council for Social Security Fund, did not specify what products could be subject to an export ban. He also made it clear that he was only offering an analysis of a possible scenario, and his views did not represent those of the government.

To fight back, the U.S. could establish an alternative supply chain network in another country, but that would take time, maybe three to five years, he said.

Lou’s statement comes as the world’s two largest economies are flirting with the idea of holding another round of trade talks, after four previous rounds failed to produce a breakthrough.

Since July, the U.S. has slapped 25% tariffs on $50 billion worth of Chinese goods to punish China for what it calls unfair trade policies and technology theft. It’s also planning tariffs on another $200 billion in Chinese goods.

The Trump administration’s goal is to contain China’s economic development, and its actions are currently taking the form of a trade war, Lou said. “This won’t change in the near future, but it won’t work either,” he said. “We should not panic.”

Lou pointed out that China’s economy has been largely driven by strong domestic demand backed by an enormous population of 1.39 billion, and its current account surplus accounts for only 1.4% of its gross domestic product (GDP).

The surplus in China’s current account, which records its transactions with the rest of the world, including net trade in goods and services, stood at 1.16 trillion yuan ($169.10 billion) in 2017, compared with a GDP of 82.71 trillion yuan.