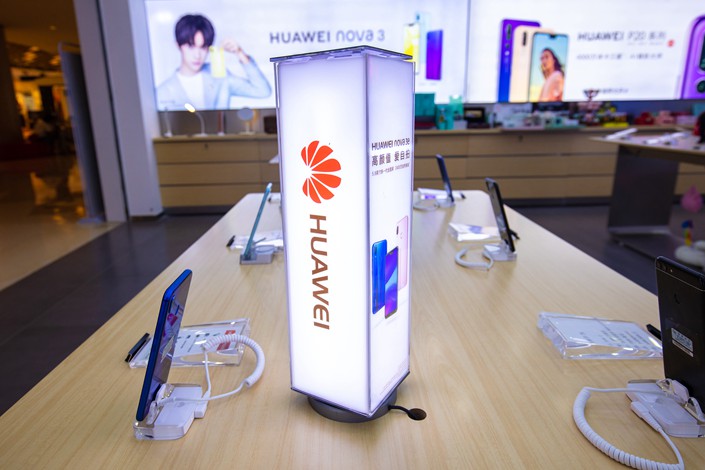 Huawei smartphones sit on display at a Huawei store in Shanghai on Aug. 22. Photo: VCG

Telecom equipment giant Huawei Technologies Co. Ltd. said on Monday its role in the development of 5G communications in India is proceeding “normally,” and labeled a local media report saying it had been excluded from the process as inaccurate.

Huawei’s comments came as the company’s core networking equipment has been frozen out of the U.S. and Australia for 5G, the next-generation standard that will soon start to replace current 4G networks. The U.S. has informally banned equipment from Huawei and rival ZTE Corp. for years over security concerns, while last month Australia also banned the pair from participating in 5G network construction.

The Economic Times of India on Friday cited the country’s Department of Telecommunications Secretary Aruna Sundararajan saying that Huawei and ZTE had been excluded from participating in the country’s 5G trials. Sundararajan added that other global heavyweights including Ericsson, Cisco, Nokia and Samsung had all be invited to participate in the trials.

A Huawei spokeswoman described the report as “inaccurate.”

“Huawei is positively reacting to the needs of the Indian government’s 5G network construction, and cooperation with relevant government departments and operators is proceeding normally,” Huawei said in a statement. “The Indian government has been welcoming and open to Huawei, and has given its support. Huawei’s 5G testing with network operators has also been progressing normally.”

A spokeswoman from ZTE had no comment on the Economic Times report.

Washington and Canberra worry about Huawei’s possible ties to Beijing, in part due to company founder Ren Zhengfei’s background as a former engineer with the People’s Liberation Army. Huawei has denied any such ties.

Washington has long advised mobile carriers and the military against using Huawei’s equipment due to the alleged security risks it poses to their network infrastructure. The U.S. is also now considering formal legislation that would ban the use of such equipment in all government projects.

Huawei has repeatedly protested the actions by both the U.S. and Australia, and argued its equipment poses no security threat. Earlier this month it confirmed it had requested a hearing with U.S. authorities to discuss rules that forbid local firms and the military from purchasing its equipment on national security grounds.

Huawei has long been active in the Indian telecom market, and has set up manufacturing facilities there. But foreign media began reporting as early as this April that the government was preparing to ban equipment from China over network security concerns.