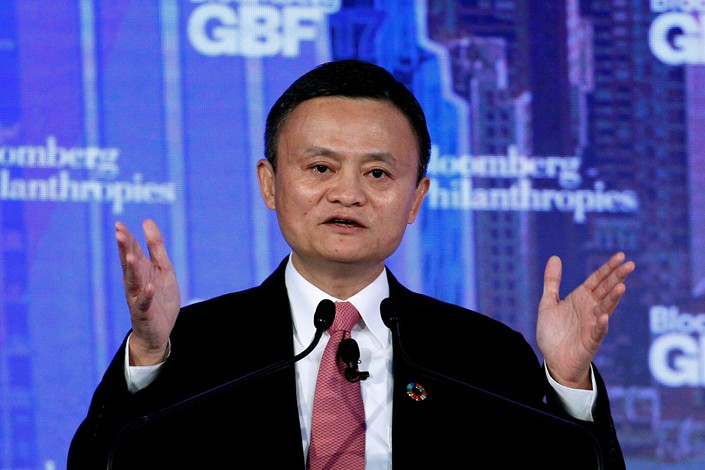 There is “no way” e-commerce giant Alibaba Group Holding Ltd. will be able to meet an earlier pledge to create 1 million U.S. jobs due to deteriorating U.S.-China trade relations, founder and Chairman Jack Ma said.

His ambitious plan, first announced at a landmark meeting with then-incoming U.S. President Donald Trump in early 2017, has become the latest casualty of a growing trade war between the two sides, initiated by Trump over accusations of unfair trade practices by China. The latest twist in that war saw the U.S. levy new tariffs on $200 billion worth of Chinese imports this week, and China fire back with retaliatory tariffs on $60 billion worth of U.S. imports.

Ma reflected on his earlier pledge in response to a question posed in a wide-ranging interview with Xinhua, China’s official news agency whose views often reflect those of central leaders in Beijing. He said his earlier pledge was based on friendly bilateral relations and “rational and objective trade” between the world’s two largest economies.

“What we have before us has already broken those assumptions, and there’s already no way to achieve that pledge,” he said, in the interview published in Chinese on Wednesday. “But we won’t stop working hard, working hard to promote the healthy development of U.S.-China trade.”

Ma made headlines in January 2017 when he became the first major Chinese business leader to publicly meet with Trump shortly after the latter won the presidential election but before he assumed the office. At the time, Ma promised to create 1 million jobs in the U.S. over five years by helping small businesses sell farm produce and garments to China and Southeast Asia through Alibaba’s e-commerce platforms.

Even then, some observers said the figure would be difficult to meet, especially given the relatively short time frame given by Ma.

Ma has emerged as a champion of free trade as he tries to bring goods from around the world to Chinese consumers over the popular online malls operated by Alibaba. At a major global forum several weeks after his January meeting with Trump, Ma warned against protectionism, not long after two of his companies suffered setbacks at the hands of a U.S. government taking an increasingly hard line on China.

One of those setbacks was largely symbolic, and saw Alibaba’s name appear on an annual U.S. blacklist of marketplaces with high levels of trafficking in fake goods for the second consecutive year. Alibaba countered that it had taken aggressive steps to tackle the problem, and said it had become a scapegoat under a U.S. protectionist agenda.