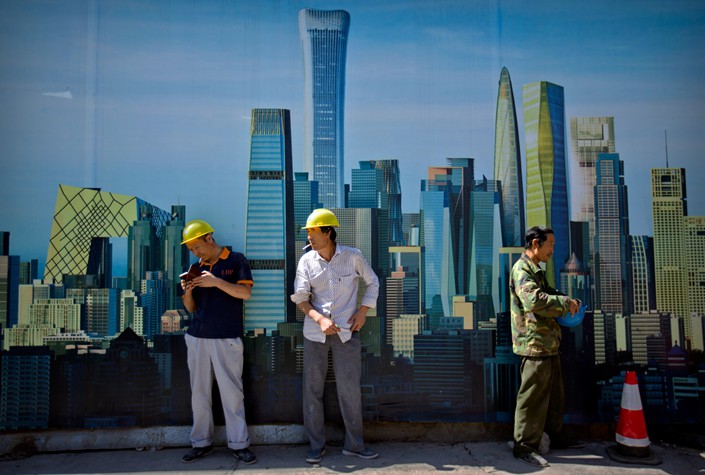 The Asian Development Bank (ADB) has lowered its 2019 growth forecast for both China and developing Asian nations by 0.1 percentage points to reflect the greater risks to global trade and financial markets posed by China’s ongoing trade tensions with the U.S.

Growth remains robust across Asia overall thanks to strong domestic demand and buoyant oil and gas prices, but “escalating trade tensions will test the region’s resilience, underscoring the importance of efforts to bolster trade ties among its countries,” the ADB said.

Its growth forecast for China remains unchanged at 6.6% for 2018 in its updated “Asia Development Outlook 2018” report, which notes that supply-side reforms and the government’s monetary and fiscal measures will keep growth on track. However, it has revised its 2019 prediction for China down from 6.4% to 6.3%, with growth in the Asia region as a whole also revised a percentage point down to 5.8% in 2019.

“A U.S. interest rate higher than market expectations could induce capital outflow from Asia and increase financial sector vulnerability from private debt,” the report said. “Volatile oil prices stirred up by geopolitical developments will further stress financial markets. The biggest risk, however, is disruption to international production linkages should trade tensions continue to ratchet up between the U.S. and the People’s Republic of China.”

The report said that a further escalation of the trade war would reduce consumer and investor confidence and could cause serious disruption to supply chains while hindering technology transfer and foreign investment. “Admittedly we don’t know (how) the further escalation of the trade dispute may directly affect consumer sentiment,” ADB Chief Economist Yasuyuki Sawada said in a briefing today.

The trade war is already weighing on growth, according to ADB figures, causing the contribution of net exports to China’s gross domestic product (GDP) to fall by 0.7% in the first half of the year. The additional $200 billion worth of tariffs the U.S. placed on Chinese goods on Monday will likely reduce China’s GDP growth over the next few years by 0.48%, Sawada said. The electronics industry is likely to be hardest-hit.

On Tuesday, Chinese government officials said the door remains open to the U.S. to resolve intensifying trade tensions, but added that the ball is in U.S. President Donald Trump’s court. A day earlier, the State Council, China’s cabinet, lambasted the Trump administration in a white paper for “going back on its word and being consistently troublesome.”

The International Monetary Fund and World Bank expect China’s economy to grow by 6.6% this year, slightly above Beijing’s own target of 6.5%.