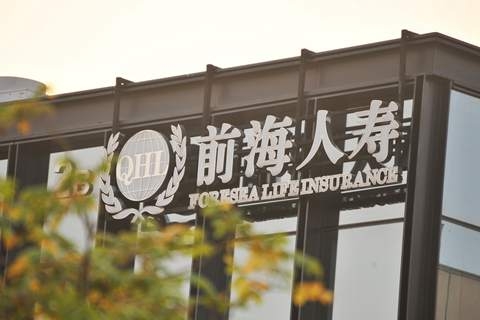 Foresea has struggled with revenue declines after a regulatory crackdown on universal life insurance. Photo: VCG

A once high-profile Chinese insurer that has struggled in the face of a regulatory crackdown on its biggest product is scrambling to increase revenue through transactions with affiliated companies before the closing of its 2018 fiscal year.

Foresea Life sold its holdings in a property company for 5.32 billion yuan to an affiliated company controlled by its biggest shareholder, Shenzhen Jushenghua Co. Ltd., another subsidiary of Baoneng, according to a publicly available document.

As part of the terms, the initial 1 billion yuan payment must be made by Oct. 15 and the rest by the end of this year. The transaction didn’t result in any changes in the property company’s management.

The two deals could provide the embattled life insurer much-needed cash as it faces a decline in premium income as a result of China’s crackdown on the sale of short-term, high-yield, investment-linked products on which Foresea had heavily relied.

Once a dark horse in China’s life insurance industry, Foresea Life became one of the front-runners in the universal life insurance business in 2015, ranking among the top 15 by gross premium income.

Universal life insurance policies are basically wealth management products offering a combination of life insurance with an investment element that provides a guaranteed return far higher than bank savings rates. They were popular with consumers because they offered high yields and short maturities, but regulators became increasingly concerned about the risks because insurers used the policies to amass quick money for speculative investments.

Universal life insurance policies contributed more than 80% of Foresea’s premium income in 2016. Some of the premium income from such products was used by the parent Baoneng Group to fund its failed hostile bid for China’s largest listed property developer, China Vanke.

Since late 2016, authorities started to clamp down on the sales of universal life policies. Foresea was one of nine insurers punished by the insurance regulator for problems associated with the products.

The company was ordered to stop selling universal life policies altogether and was slapped with a three-month suspension on the issuance of other new policies. Its billionaire Chairman Yao Zhenghua was banned from the insurance industry for 10 years.

Foresea has since undergone a transition but has seen little progress as it is experiencing a sharp decline in premium and investment income. As of the end of second quarter this year, the company generated 33.7 billion yuan of revenue from insurance and posted a net loss of 1.28 billion yuan.