By Sun Lizhao and Bonnie Cao 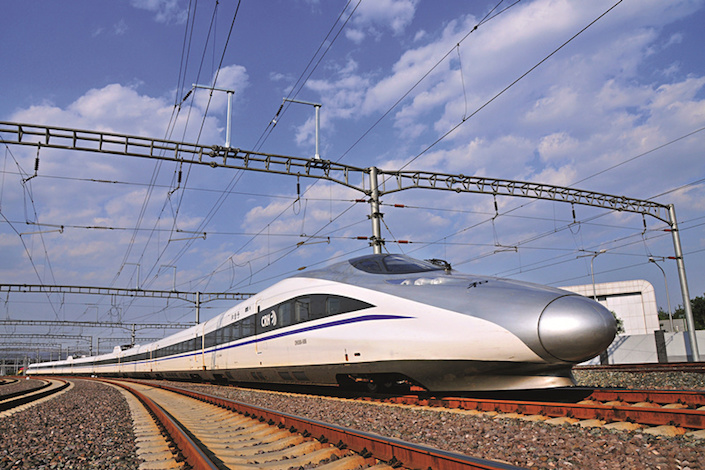 China Railway Corp. (CRC) is trying to gain control over construction of a public-private rail project in which CRC, the operator of the nation's national rail network, is a minority stakeholder, sources say. Photo: VCG

The national railway operator, a minority shareholder of the proposed high-speed rail line in eastern Zhejiang province, is throwing its weight around to seize control of the project, several sources close to the provincial government told Caixin.

If successful, it would be CRC’s second victory after last year winning the overwhelming construction rights for China’s first privately-controlled high-speed railway linking Hangzhou and Taizhou in Zhejiang. The project, majority-owned by eight private companies led by Fosun Group, was seen as a landmark railroad-building deal formed through a public-private partnership in a bid to lighten the government’s debt burden for infrastructure projects.

The Zhejiang government and Wenzhou-based private conglomerate Blooms Union Group signed a contract in June covering the Hangzhou-to-Wenzhou railway project, the second showcase project to invite private investment in the railroad sector. A 5 billion yuan ($723 million) investment from Blooms accounts for a controlling 51% stake in the project.

CRC, holding a 15% stake in the line, has been seeking the controlling role in building the project, citing its own ability to guarantee project safety and quality, several sources with knowledge of the situation told Caixin.

“The powerful CRC has seriously undermined the investment and financing reform of local railways,” said one source. “It’s worrying if CRC controls the construction of such a heavily invested project. It will be difficult for local government and private players to monitor” the progress and costs, the source said.

“CRC took a tough stance during a few rounds of the negotiation, while the local government felt pretty helpless,” said the source.

While the Zhejiang government and Blooms oppose CRC construction control, they have little bargaining power. As operator of China’s national rail network, including the country’s high-speed train system, CRC holds significant influence over the ability of such projects to move forward. It has extensive experience in building rail systems and must typically sign off in other areas, while it also approves the feasibility studies and projects that will enable integration with the national network.

The CRC was spun off from the former government agency that ran and oversaw the nation’s railroads in 2013. That move was aimed at making CRC into a more commercial entity while leaving the remaining National Railway Administration as more of a governmental oversight body.

However, the separation has been imperfect as CRC still controls some approval and oversight duties for rail projects that could affect other marker players, analysts said.

It is not the first time that CRC has competed with local governments and private investors for railway construction rights. Last year, it secured control of the first privately invested high-speed line through an engineering procurement construction contract, which granted it the dominant say in the project’s design, procurement and construction.

CRC lost in some battles for control of Shandong government-invested railways in 2015. Local or privately owned railway projects usually hire a contracting company to save costs and improve efficiency, said an official of the Shandong government. But CRC argued that it was more professional and experienced at handling complex high-speed rail projects.