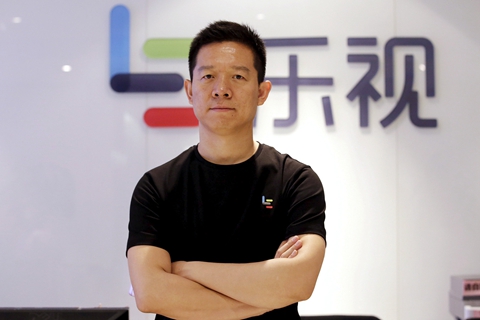 Financial institutions are swallowing huge losses for loans they extended to embattled tech tycoon Jia Yueting to fund his reckless business expansion over the years. The loans were secured using stock as collateral.

A court recently ordered the disposal of 40 million shares of Leshi Internet Information and Technology owned by Jia Yueting and his brother Jia Yuemin to recoup funds to pay debt, according to a Leshi regulatory filing Monday. Leshi is the Shenzhen-listed unit of LeEco.

But the share sales recover only a small slice of the debts owed by the Jia brothers because of Leshi’s sliding share price and the recent market downturn. The share disposal reduced the Jia brothers’ combined holdings in Leshi by 1% between June 30 and Oct. 15, according to the filing.

The court also ordered the sale of part of the 39 million shares pledged by Jia Yueting to Guotai Junan Securities Co. for 300 million yuan of loans.

About 18 million shares owned by Jia Yuemin were sold to repay his 200 million yuan debt to Orient Securities Co. Ltd., according to the filing.

But the sales raised just 150 million yuan, about 10% of the unpaid debts of the Jia brothers to the institutions, according to a Caixin calculation based on Leshi’s market price.

Jia Yueting, the founder of the debt-ridden conglomerate LeEco, has remained abroad since the summer of 2017, leaving behind billions of yuan in unpaid debts. He has disobeyed official orders to return to China to repay debts and has been blacklisted as a debt defaulter by Chinese regulators.

The court-ordered share sales pose uncertainties for Leshi’s ownership. Jia Yueting stepped down from the listed company in mid-2017 but remained the controlling shareholder with more than 25%, according to a company statement. He has pledged more than 87% of his Leshi holdings for loans.

According to China’s securities rules, majority shareholders and affiliated parties can’t sell more than 1% of a company’s equity within a period of 90 days. It means no further disposal of the Jia brothers’ Leshi holdings in the next three months.

But the Shenzhen bourse has demanded that Leshi explain potential changes in its shareholding structure and management.

At the same time, Jia Yueting, who switched his ambition to a smart car project, Faraday Future in the U.S., is facing more troubles for getting into a spat with shareholder Evergrande Health Industry Group Ltd., a unit of real estate giant Evergrande Group.

In June, Evergrande Health agreed to invest $2 billion over three years to take a 45% stake in Smart King Ltd., which controls Faraday Future. The deal is seen as a financial lifeline for the cash-strapped startup.

The squabble between the pair casts further doubt on Faraday Future, which is set to deliver its flagship electric car model — the FF91 — to the mass market by early next year.