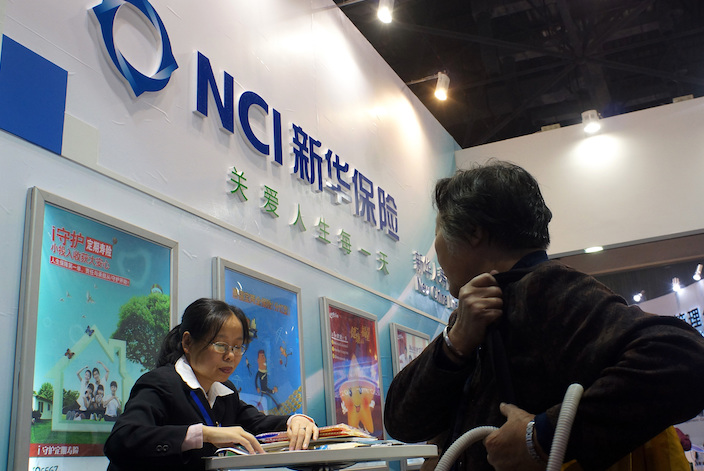 China’s banking and insurance regulator Thursday issued a slew of penalty orders to seven insurers, including a 1.1 million yuan ($158,600) fine for one of the country’s largest life insurers.

Ten company executives, including two vice presidents, were fined a total of 1.17 million yuan ($169,000) or received administrative punishment for their roles in the violations, the CBIRC said.

It was one of the toughest penalties imposed by the CBIRC since its establishment in March through the combination of the previously separate banking and insurance regulatory bodies.

The new regulatory body has stepped up scrutiny of the insurance industry, which has enjoyed years of freewheeling growth but has been plagued with risks of lax oversight.

In July and August, the CBIRC levied a total of 34.5 million yuan of fines on 31 insurers and 50 intermediary companies for violating regulations, according to the financial newspaper Securities Daily.

According to a CBIRC statement, New China Life was found deceiving policyholders by exaggerating insurance coverage and providing inconsistent provisions and inadequate explanations of potential risks. In addition, the insurer was also accused of falsifying information provided to the regulator and violating industry pricing rules, according to the statement.

The companies were accused of violations in product marketing, information disclosure, regulatory registration and connected-party transactions.

The regulator ordered the six companies to rectify their operations within a certain period and punish executives responsible for the violations. Ancheng Property & Casualty, which was accused of failing to disclose information about connected-party transactions, was banned from any financial dealings with connected parties for six months, according to the CBIRC statement.

Since the beginning of last year, financial regulators have issued a flurry of new regulations to crack down on irregularities and risky business dealings in the insurance sector, including the issuance of short-term life policies. Premiums raised from such policies are often used to fund risky acquisitions and asset-buying sprees.

But for the first nine months this year, New China Life posted 11.3% premium growth from the same period last year to 100 billion yuan, the company said in its financial report earlier this week.