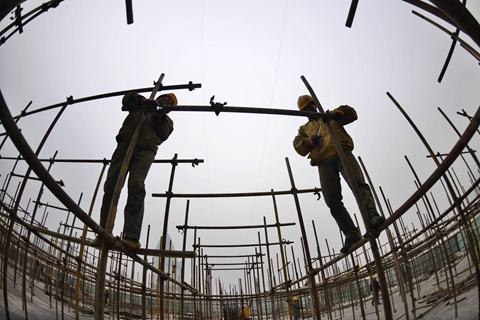 The external environment has “changed profoundly,” said the Communist Party’s Politburo, the 25-member policy-making body headed by President Xi Jinping. China’s economy is under “growing downward pressure” as “some enterprises face difficulties and the long-term accumulated risks are exposed,” the official Xinhua News Agency reported after a meeting Wednesday.

This requires great attention, more forward-looking policies and response in a timelier manner, the Politburo said.

The statement represented a shift from a previous meeting in late July when the top leadership called for attention to “obvious” changes in the external environment, underscoring pressures on the world’s second-largest economy.

China is seeing weakening business sentiment in the manufacturing and services sectors as trade tension with the U.S. deepens. Manufacturing expanded in October at the slowest pace in more than two years, according to data reported Wednesday by the National Bureau of Statistics. The nonmanufacturing purchasing managers index, which tracks the services and construction sectors, fell to a 14-month low in October.

Last week, a senior policy adviser at a government think tank warned that full-blown trade war with the U.S. may slow China’s growth by 1.5 percentage points and drag down growth of 15 manufacturing-related sectors.

The more pessimistic outlook has hit the equity market. China’s Shanghai and Shenzhen stock markets have lost about a third of their value this year, making them the worst-performing indexes in the world.

The central government has shifted position since July to stimulate spending and ease credit to spur growth. Several provincial governments have unveiled plans to accelerate infrastructure construction to bolster the economy.

Financial regulators have issued a slew of policies to steer financing support to the economy, especially targeting small enterprises and the private sector.