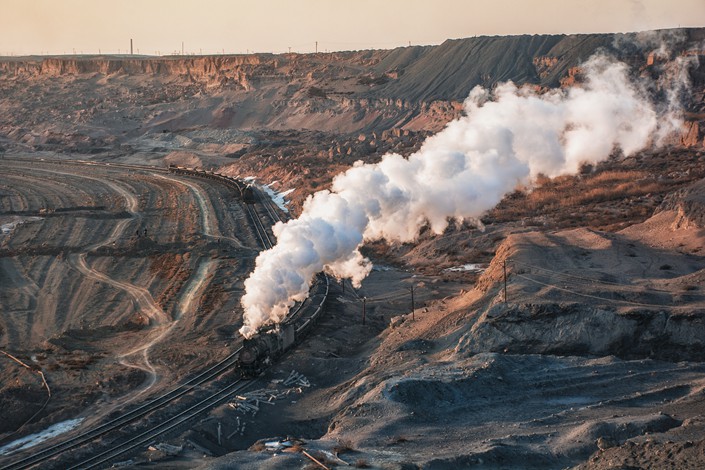 China Railway Corp. (CRC) has reported its best-ever performance for the first three quarters, with losses shrinking 98% as it benefits from national environmental protection policies that are pushing more companies to use rail to transport freight.

CRC posted a net loss of 27 million yuan ($3.89 million), sharply down from the 1.14 billion yuan net loss over the same period last year, the state-owned rail operator said on Thursday. The reported loss is on revenue of 777.6 billion yuan, which rose 7.27% year-on-year.

This is CRC’s best performance since its creation in 2013, when it was spun off from the now-defunct Ministry of Railways as part of Beijing’s effort to revitalize the country’s state-owned assets.

The strong results were mainly due to a ban on transporting coal, ores and steel by road, which was implemented last year in some northern Chinese regions such as Hebei province. CRC’s income from cargo transportation services in the nine-month period rose 11.63% to 218.6 billion yuan, comprising nearly 30% of its total revenue.

That ban has offered CRC a chance to further grow its cargo business, which early this year posted its first annual volume rise after five years of declines due to sluggish demand amid a slowing Chinese economy.

Still, the national operator is saddled with massive amount of debt after years of frenzied investment to expand its railway networks. By late last year, China has installed a total 127,000 kilometers (78,900 miles) of railway tracks, with high-speed lines accounting for 20%.

Apart from relying on its traditional transportation service for fossil fuels and commodities, CRC is getting involved in e-commerce firms’ plans to get more involved in logistics. In August, it formed a joint venture with private delivery company SF Express Co. Ltd. that will offer cargo services by high-speed rail.