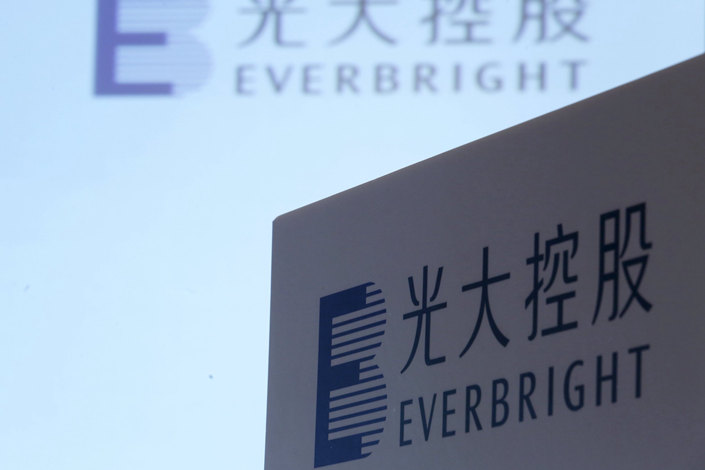 The People’s Bank of China (PBOC) plans to roll out long-awaited pilot regulations for the country’s financial conglomerates in the first half of 2019 to get the sprawling sector in line.

The coming regulations — 16 years in the making — aim to stem the expansionary tide of the county’s financial sector, whose growth over the last few years the central bank has characterized as “barbaric” in a new report.

“We have to establish a supervision system for financial holding companies as soon as possible to control the risks created by these rapidly expanding firms and prevent systematic financial risk,” the PBOC said in its 2018 China Financial Stability Report (link in Chinese).

The report, released Friday, revamped its specifications for financial holding firms so that they now include any nonfinancial company that has invested in two or more financial firms. That means private enterprises currently considered nonfinancial firms, such as Tomorrow Holding Co. Ltd., China Evergrande Group and HNA Group Co. Ltd., as well as tech companies that operate financial services, such as Alibaba Group Holding Ltd., Tencent Holdings Ltd. and JD.com Inc., will now be classified — and regulated — as financial holding firms.

Of the five firms selected for the pilot program, Ant Financial has drawn much attention due to its rapid expansion. It now operates the world’s largest money market fund, which has more than 1.7 trillion yuan ($246 billion) in assets. The company serves more customers than some of China’s largest banks, which themselves are considered global systemically important financial institutions by the Financial Stability Board.

As nonfinancial companies have expanded, they have invested in financial firms. These investments can help both sides with their finances. However, some of the investing firms have had “inappropriate motives” for these investments, the central bank said in the report. “They have rapidly expanded into the financial industry through high-leverage investments, false capital injections, leveraged funds and connected transactions.”

The central bank also pointed out that some nonfinancial companies have funded these investments with debt, pushing up their own leverage ratios and adding to systemic financial instability.

To get a handle on the problem, the central bank said that it will adopt a mix of macro-prudential management and micro-prudential supervision, but didn’t offer details in the report.

The central bank also suggested that financial holding firms improve the “firewall” that separates their financial units from their other businesses.