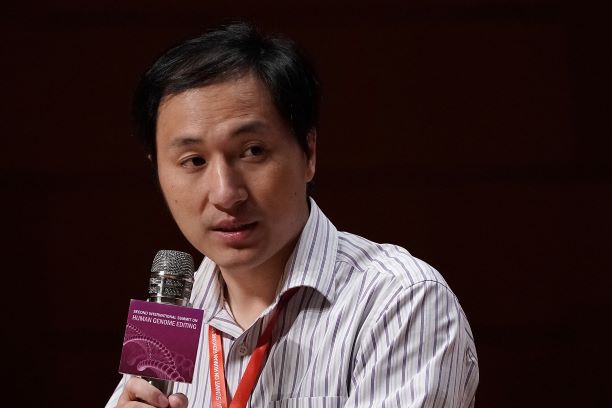 Chinese social media users have unearthed a clip of a program aired by state broadcaster CCTV last year that appears to celebrate He Jiankui, the scientist who recently claimed to have created the world’s first gene-edited babies.

The video, linked in a Weibo post that has since been deleted, shows presenters introducing He using a play on the Chinese idiom, “the waves behind drive on those before,” meaning that each generation (of scientists, in this case) surpasses the one before it. He is then shown walking through an office talking about advances in gene technology while upbeat music plays. A version remains on Youtube.

He shocked the Chinese and international scientific communities earlier this week when he said he had helped edit the DNA of two newborn girls.

He’s university, Southern University of Science and Technology, has distanced itself from his project, while over a hundred Chinese scientists have blasted He’s research as “unethical.” The health commission of Guangdong province is currently investigating He’s claims.